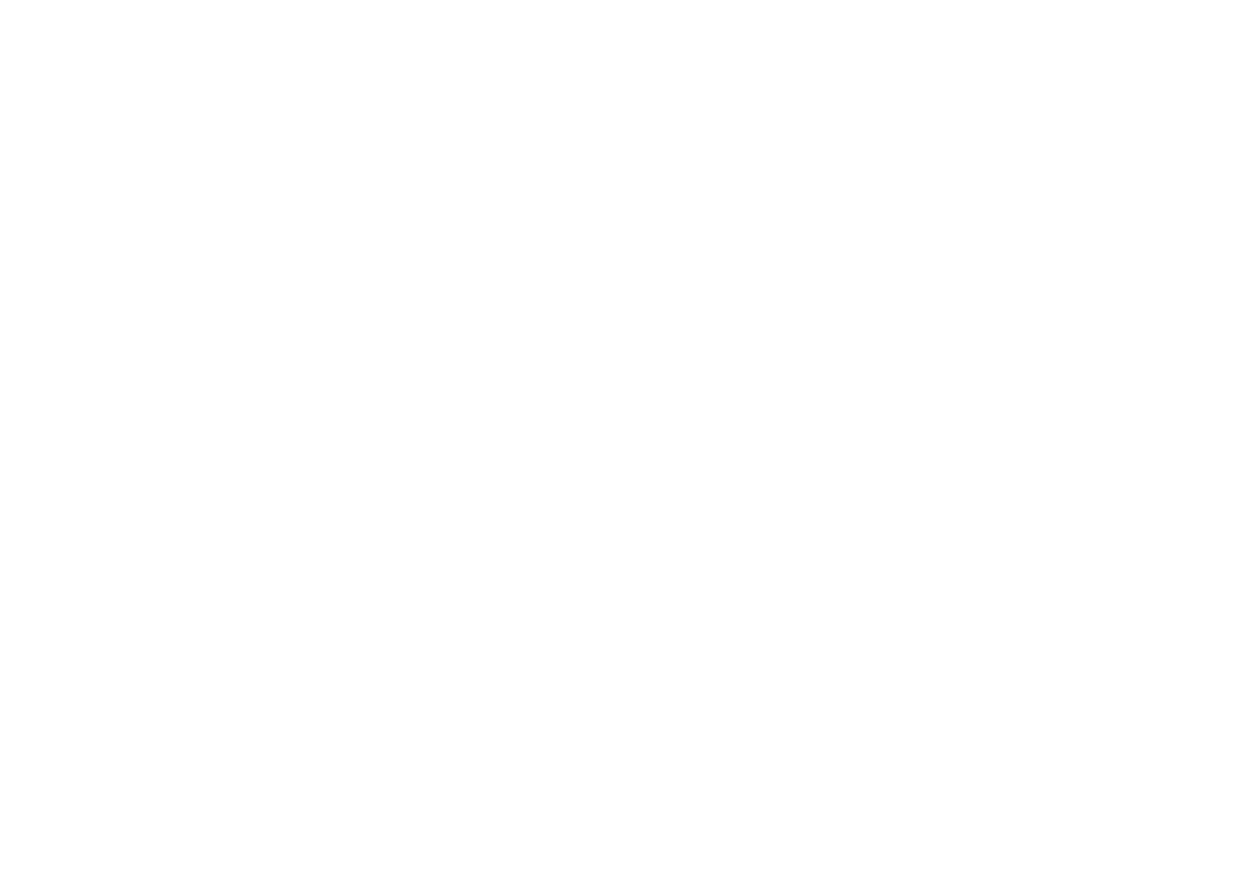 Portugal and US business — a two-way street

In December last year the US ambassador to Portugal, George E. Glass, remarked in an interview that Portugal had increased its influence in the world and knows it.

And if the second edition of the ‘Barometer of American Companies in Portugal’ compiled by the American Chamber of Commerce in Portugal (AmCham) and consultants PwC and published this week is anything to go by, it’s certainly true when it comes to US investment in Portugal over the past few years which nearly amounted to €1Bn while representing 4.5% of Portugal’s GDP. (https://www.essential-business.pt/2020/10/26/fresh-us-investment-in-portugal-at-nearly-e1bn-between-2014-and-2019/).

This increase in US investment in Portugal was highlighted at a webinar ‘American investment in Portugal: Direct Foreign Investment – a pillar of economic development’ on 26 October with the speakers — other than Ambassador Glass – being the Secretary of State for Internationalisation, Eurico Brilhante Dias, the President of AmCham, António Costa Martins, Strategy and Corporate Finance advisor to PwC, Antonio Rodrigues and the CEO of Cisco Portugal, Miguel Almeida.
The US ambassador began with a few words on Covid-19 saying that the US, Portugal and bi-lateral business were “in this together for the long haul.”
“What stood out for me while reading this report is that most US companies here in Portugal have been here for 10 years and quite a few have been in Portugal for 20 years or more,” said Ambassador Glass.
“These companies have been here in Portugal through the worst of economic crises, and Portugal can count on the US through the tough times we have faced and the tough times ahead. We don’t abandon and take advantage of our friends,” added Ambassador Glass.
For years the US has been Portugal’s biggest non-EU trading partner in terms of Foreign Direct Investment and this has created jobs and wealth on all sides of the Atlantic.
“The US received one-quarter of all Portugal’s non-EU exports and the increase in the numbers over the past three years is a testament to our deep economic ties.” Glass continued.
US consumers, he said, buy from Portugal, which helps fuel US industry, companies from all sectors continue to flow into Portugal, helping them to expand their operations. “I can’t tell you how many CEOs have talked to me about the positive environment and what Portugal has to offer”.
From advanced renewable energy sources, to an ever more qualified workforce in addition to its access to the broader European Union market makes Portugal and attractive destination for American business and business people.

Portuguese companies in the US make a significant and long-lasting impact to the US economy. The US has been a leading partner for startups in the Portuguese startups ecosystem, which fuels innovation and jobs.
Some of these companies have relocated their operations to Portugal to support and grow their businesses throughout Europe, Africa and the rest of the world.
Glass said that when US companies come to Portugal they integrate and become part of the community. In terms of the tourism sector, in 2019 over 1.2 million US tourists visited Portugal representing an annual growth of 23%.
“In 2016 there was only around 400,000 US tourists and the expectation was that for 2020 there would have been over 1.5 million (had it not been for the coronavirus pandemic).
“In fact, the US is the second non-EU country to visit Portugal which shows an awful lot of people love Portugal,” said Ambassador Glass
“This has been a tough time for business because of Covid-19 and the tourism sector has suffered like no other,” he admitted.
The ambassador said that the report showed the immense extent and depth of US business interests in Portugal, including companies buying into green field projects, creating jobs and becoming part of the community.

Portuguese startups and tech companies were also having tremendous success in the US proving the relationship is a “two-way street”.
António Costa Martins, president of AmCham (American Chamber of Commerce in Portugal) stressed the fact that the US was Portugal’s biggest non-EU trading partner, emphasised the more than US 1000 companies operating in Portugal, and the 50,000 jobs created. But also some of the concepts imported from the US in terms of business models like the separation of ownership and management, all the processes concerning corporate compliance and risk management also came from the US and were adapted to the Portuguese reality.
PwC advisor António Rodrigues, after selecting the highlights of the Barometer report, said that Portugal was now one of the “hotspots in Europe to invest,” that US and US companies are relevant to Portugal and highlighted the Web Summit which will be in the country at least until 2028.
He stressed the important startups and unicorns coming out of Portugal contributing to the growth in innovative technology and platforms which have been gaining global attention since 2015.
US companies had created an important legacy in trade, businesses, tourism and in competency training and Portugal still had a lot to learn from US companies and culture.
“There is no doubt that Portugal is becoming a great country in which to invest,” said the PwC Strategy and Corporate Finance advisor.
Miguel Almeida, CEO of Cisco Portugal, said that Portugal had been chosen as a destination for Cisco investment because of its welcoming environment, its population with strong, multi-language skills and rich soft skills, the robust and diverse talent pool, its cost-effectiveness and competitive landscape with strong Government partnership, and the fact that Lisbon represented a strategic location entry point for the EMEAR region.

An important source of investment capital

Economist João Duque pointed to the importance of the large community of Portuguese and luso descendants living in the US which contributed to the flow of not only savings and capital, but also business and connections to and from the US and Portugal. In other words, the US is and has been an important source of big capital for Portuguese companies.
The US is also important as an inspiration and model for the way Portugal educates its elites and is a benchmark in the trade and business spheres, while business management schools and their teaching methods are very influenced by those in the US.
The economist explained that a lack of Portugal’s capacity to save had led to a chronic deficit in terms of sources of financing, and looking overseas to countries like the US for capital was vital because Portugal doesn’t have big capital.
For example, 30% of money raised in capital markets comes from the United States, which shows the importance of the US capital markets in the Portuguese stock market, financing Portuguese companies and startups for direct investment because “Portugal does not have the capacity to raise large amounts of capital doesn’t have the appetite for big risk”.
Then there is the contribution of US companies to State tax revenue coffers, employment, local consumption, particularly in terms of US companies not creating a closed shop whereby they only use suppliers within their own trading partner networks in the US, but use local Portuguese suppliers, giving the example of Novabase and Cisco, a successful symbiotic comercial relationship.
Eurico Brilhante Dias, the Secretary of State for Internationalisation said that US investment in Portugal was followed closely by the Bank of Portugal and pointed out that the contribution US companies made in Portugal was an important one.
He agreed with economist João Duque that Portugal was undercapitalised, whereas the US had bountiful capital and needed capital to develop and increase the growth and strength of its economy, particularly exports.
“The US investments in renewable energy sources and the combination of Portuguese investment overseas (in the US in terms of EDP Renewables for example) and US investment in Portugal. Portugal is also an importer or oil and gas and the United States has an important role in this as an exporter.

The secretary of State also referred to the startups ecosystem and the importance of US capital in helping Portuguese startups develop, grow and internationalise.
Brilhante Dias said it was a Government policy to place Portugal as a startups destination, but that the Web Summit, although vitally important, is an anchor event. The idea was to fix overseas entrepreneurship in Portugal. The minister also highlighted Portugal’s lack of capital, but stressed that the Government has made important capital investment contributions in the startups area and has projects that seek to create links not just with Silicon Valley, but also with other tech hubs in the US.
Finally, Eurico Brilhante Dias stressed the many victories in the US market where to October last year exports were up by 14.7% representing US$607 million. 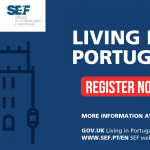 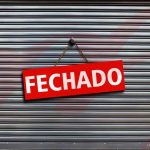 24% of tourist accommodation still closedHotel, News, Tourism
This website uses cookies for a better browsing experience, in continuing browsing you're accepting their use. Read More