The Portuguese hotels and pleasure boats mogul, Mário Ferreira, is to press ahead with a public acquisition offer (PAO) for 70% of the share capital of media network TVI.

The announcement comes after the Portuguese capital markets regulator CMVM decided that the entrepreneur acted in cooperation with Prisa, the Spanish company which formerly owned the Portuguese media group. The share value for the operation has been set at least at €0.67 per share.
At stake is that the CMVM has ruled that Pluris Investments and Vertix, despite Pluris only having a 30% share in the Portuguese media group, had “exercised a dominant influence” over the media group.
The “aim of the bid is to purchase all the representative share capital and the voting rights of the company concerned, with the exclusion of those which are (already) directly held by the Offerer (Pluris Investments). Thereby, the aim of the bid is to secure all of the shares and the corresponding voting rights, representing 69.78% of the capital share.”
The value of the bid depends on the “setting of the minimum counterpart to be paid by the competing offer presented by the Competing Bidder (Independent Auditor),” states Pluris which is controlled by Mário Ferreira.
“The counter offer offered by the Public Offer of the Shares Involved, to be paid in cash, will depend on the decision of the Independent Auditor plus 2%, providing that this is not less than €0.67 per share should this be the amount of the counterpart, under the terms of Deliberation as laid out in the CMVM articles 185.º, Nº5 and 188º”.
The take-over bid, states Pluris, “has been launched on the order of the regulator, as a result of the Deliberation, without prejudicing — that in the case of an increase in the share currently held by the Bidder in the company concerned — the continued activity of the same (Media Capital).”
Pluris bought 30% of Media Capital from Vertix, but the securities market commission CMVM forced the company to launch a takeover bid on 70% of Media Capital.
In a statement made at the time, Pluris referred to its disagreement as to the assessment made by CMVM in relation to the facts and applicable law, which it (CMVM) concluded by verifying a “concerted exercise of influence” for the purposes of the securities law,” with Vertix.
The regulator had given Pluris five working days to launch a takeover bid on the remainder of the share capital it does not hold, that is, on 69.78% of the capital held by the owners of TVI, which is now dispersed to several shareholders.
The CMVM confirmed a draft decision, announced on 9 October, that Pluris and Vertix, the latter owned by the Spanish company Prisa, exercised a “concerted dominant influence on Media Capital” when executing the purchase and sale agreement of 30% of the company for €10.5 million. 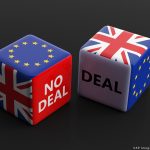 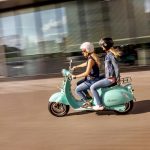