The Portuguese Government’s tax revenues for 2020 fell to their lowest levels since 2012.

Portugal’s Council of Public Finances (CFP) analysed the nation’s public accounts between January and September, 2020 and calculated that Portugal’s tax burden was 35.5% for the period, below the 33.8% in 2019, according to a report published on Thursday.
The institution led by Nazaré Costa Cabral (pictured) estimates that the taxes collected fell from the €53.4Bn million collected in the first three quarters of 2019 to €50.0Bn in the first three quarters of 2020, meaning taxes were down €3.4Bn.
This resulted in the tax collection burden falling from 33.8% of GDP to 33.5% of GDP for the period.
These quarterly results cannot be used as a yardstick for whole year comparisons, but give a taste of how far tax revenues fell during the pandemic year.
And if the pattern for the first tree quarters of 2020 are anything to go by, the tax burden would have fallen to a low not seen since 2012, after having achieved a historic high in terms of revenues for the government in 2018 and 2019, boom years in terms of exports and tourism.
In other words, the value of taxes delivered by the Portuguese, companies and other entities to the State in 2020 contracted more than the fall in GDP (-7.6%).
This fall was actually expected, and factored into the State Budget for 2021 and was updated with data from the budget implementation 2020. The government itself, through the Secretary of State for Fiscal Affairs has expected this outcome.
However, the final official confirmation will only become available when Portugal’s National Statistics Institute (INE) publishes its final numbers for the public accounts for the whole of 2020. 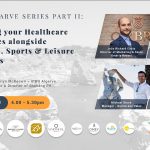 Thinking of moving to the Algarve? Just do it!Health and Wellness, In Focus, News, Relocating, Tourism 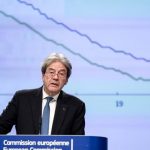 Brussels forecasts 4.1% GDP growth for 2021Economy, EU, News
This website uses cookies for a better browsing experience, in continuing browsing you're accepting their use. Read More