The Portuguese government warned on Saturday that it would advance with a replacement regime at TAP if the two main unions, which have decided to postpone their general assemblies, fail to sign off on an emergency agreement.

It means, by using sweeping new powers of last resort, the government is threatening to push forward with collective redundancy contract instruments agreed by the government, TAP’s board and by the unions SPAC and SNPVAC, but not ratified.
Although not stating it overtly, the government is intimating that the unions are playing games with the negotiated settlement over the collective redundancy package agreed earlier this month, and is now warning them that the time for games is over and for hardball to begin.
In a communiqué sent to the press, the Ministry of Infrastructure and Housing states that in the case of these two unions, “it will begin, from today (22 February 2021) a process of registering a Replacement Regime, which would be published by 28 February and come into force on 1 March, as a preventative measure if required, while it awaits decisions from the two unions’ General Assemblies which have yet to ratify the Emergency Agreement.
In other words, without a signed and ratified agreement, the TAP staff facing redundancy would be subject to the Replacement Regime which in practice would totally or partially void the company agreements and/or applicable regulatory instruments.
The government’s decision arose after two unions, in less that 24 hours, decided to postpone their respective general-assemblies which would have voted to ratify the agreement.
The first was the Civil Aviation Pilots Union (SPAC) which on Friday cancelled the general-assembly meeting planned for Saturday past, postponing it to the 26 because of some “IT weaknesses”.
Then on Saturday, the National Union of Civil Aviation Flight Personnel (SNPVAC) announced it was postponing its general-assembly until Monday “to safeguard the greater interests of its associate members.”
The Ministry of Infrastructures and Housing insists that rumours that the government or TAP are still negotiating with the unions are “false” and stresses that discussion that were held were done “seriously and are concluded”. “There are no new negotiations underway, nether will there be any at a later date,” warns the Government, adding that neither it nor the country “can wait or give TAP any more opportunities.”
“It is important that each one of us is aware of their responsibility in this process. We cannot afford to lose everything when the stakes are so high,” it states. 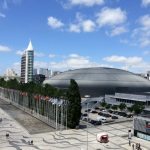 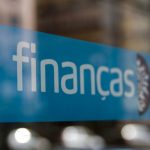 Automatic IRS rolled out for freelancersAdministration, News, Tax
This website uses cookies for a better browsing experience, in continuing browsing you're accepting their use. Read More