Novo Banco, which will present its financial accounts in March, may need more than the €480 million allowed by the government from the Resolution Fund to keep it afloat.

The amount the bank will need through a capital call from the Resolution Fund and based on a Contingent Capitalisation Agreement, is not yet known since the bank will only close its accounts for 2020 at the end of March, but it may require more than the €480 million stipulated in order to balance its books.
This is because current operations could change the amount of losses the bank could eventually sustain and their respective impact on capital, namely plans for the purchase of Novo Banco in Spain and the proposals for the purchase of restructuring funds managed by ECS.
Because the maximum ceiling for government and banking sector funds allowed from the Resolution Fund has been set at €480 million, a maximum reaffirmed by the minister of Finance, João Leal this week in an interview with Antena 1 and Jornal de Negócios, this amount could be insufficient say sources close to the matter.

What is also known is that Novo Banco and Banco CTT are two entities who are considering buying a majority shareholding in EuroBic, a bank which is currently up for sale.
A Libyan investor is also interested in buying up the 42.5% share in EuroBic which is held by Angolan business woman Isabel dos Santos.
The sale has been subject to a competitive tender with Novo Banco being one of the entities that is studying the purchase of a stake in the bank founded by former finance minister Fernando Teixeira dos Santos.
A shortlist of six potential candidates to buy a position in the bank is to be drawn up and will be known by the beginning of March. 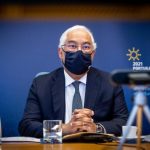 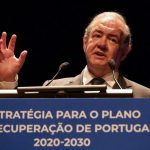 Portugal invests €1.25Bn in housing to 2030EU Presidency, Funds, Money, News
This website uses cookies for a better browsing experience, in continuing browsing you're accepting their use. Read More