The British continue to show a particular preference for buying property in the Algarve, a phenomena which Brexit and the pandemic has only strengthened.

In the second half of 2020, UK citizens were responsible for 56% of purchases by internationals in resorts between Albufeira and Loulé and 35% in Barlavento.
These numbers show that the British continue to be “the most active foreign buyers in the Algarve” for Portuguese resorts, according to a resorts market study carried out by Confidencial Imobiliário in partnership with the Portuguese Resorts Association (APR), and regarding the second half of 2020.
On average, then invested €6,600 per m2 on houses in Albufeira-Loulé.
In this period, British investors also invested on the Atlantic coast of the Algarve, representing a 5% share in purchases by foreigners in this destination.

90% of investment is European

According to the study, the last half of 2020 is marked by the return of other European buyers, namely from Ireland, the Low Countries and Germany, some of which had been absent in the first half of 2020.
Europe therefore maintains its dominant position in the Portuguese residential tourism sector, with 90% in the Algarve and 66% in the Lisbon region.
According to data from the Residential-Resorts Information System, the average value of offer in resorts in Portugal was €4,273/m2 in the second half of 2020, a fall compared to the €4,513/m2 in the previous half which had been the highest value from the SIR-Resorts series, began in 2016.
At the top end of the market, the value of offer in the second half was €8,014/m2, below the €8,516/m2 seen in the previous six months.
On the Albufeira-Loulé axis, which has around 50% of the offer, the average value remained stable throughout the year, being at €5,325/m2. In this area, the average value of properties in resorts is between 40% to 62% above the other Algarve axes, such as the Atlantic Coast, Barlavento and Sotavento. 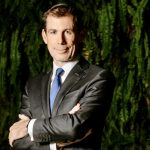 Support for companies in Portugal’s 2nd lockdownEvents, News
This website uses cookies for a better browsing experience, in continuing browsing you're accepting their use. Read More