Novo Banco financed the buyer of the luxury residential tourism development Herdade do Pinheirinho in a loan that had not been included in the sale contract.

In 2020, Vic Properties won a bid to buy the financially troubled residential resort and golf course in Malides near Setúbal, but then Novo Banco, which by then owned the resort, lent them the money ‘off the original contract’ to finance the purchase on which years before the bank had lost money.
The application for the loan was made by the Vic Properties very close to the date in which the resort was sold by the bank to the developer, according to an audit undertaken by Deloitte into the bank’s finances and management. Novo Banco is owned by the US fund Lone Star.
The sale of the Herdade da Pinheirinho, located near Grândola, by Novo Banco was accompanied by Iberian law firm Cuatrecasas.
The resort covers around 200 hectares, including a golf course with a project for 700 apartments and houses. The asset had been on the books of Novo Banco since 2017.
VIC Properties has so far invested a total of between €450 million and €500 million on the project while a date for its completion was not given.
At the time it was estimated that the sale (which now turns out to have become a loan) cost the bank around €56 million. The project had, over 15 years prior, been deemed a project of national interest by the José Sócrates government.
However, the development landed on the bank’s books as a loan gone bad at that time when several financial institutions were saddled with over leveraged and undercapitalised resort projects as the sovereign debt crisis and Great Recession hit from 2008 onwards.
The project had also come under attack from environmentalists in 2006, the then minister of the Economy, Manuel Pinho argued that there had been no risk to the environment from the construction of the resort.
The original development project foresaw 180 hectares for construction and 90 for the golf course in an investment of around €167 million and promised to create 450 jobs. Environmental entities agains the project brought legal actions against the developers.
A parliamentary enquiry is currently underway into the mismanagement of assets and high risk loans made by Novo Banco’s forerunner Banco Espírito Santo which collapsed in 2014 and from which Novo Banco was set up as a supposed ‘good bank’ to safeguard the non-toxic assets from BES, but ended up by being saddled with many of these toxic assets and was underfunded from its inception.
In other news last week about Novo Banco, the president of bank BPI, João Oliveira e Costa, said he thought it “strange” that Novo Banco was interested in purchasing bank EuroBic given that Novo Banco is still being capitalised by the Resolution fund.
Novo Banco’s owner Lone Star is trying to find an International buyer for Novo Banco and the strategy seems to be that with EuroBic it might be a more profitable proposition.
The BPI president said in an interview with Dinheiro Vivo “I think it is quite strange that a bank that is under resolution and will be under very significant pressure from its main competitors every year until 2046 (referring to the hundreds of millions in funds pumped into the bank by the banking sector) is now in a position to buy another bank,” said the president of BPI which was acquired by CaixaBank.
Novo Banco made losses of €1.3Bn in 2020 and will need an estimated €430 million which has been set out in the Stability Programme.
Novo Banco may not make acquisitions while it is receiving capital from the resolution fund. This year it applied for €600 million but the government suggested a lower cash injection financed by the banks after the resolution fund refused to stump up the money, arguing it was not responsible for a black hole resulting from the bank’s Spanish operations. 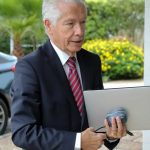 25-30% of €30Bn moratoria at risk of non-complianceAssociations, Banks, Companies, News 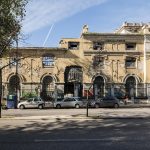