Up to 30% of €30Bn in moratoria granted by the Portuguese government and banking system to alleviate monthly payments of the principal and/or interest on company and other loans is at risk of payment default.

This is the fear of the president of Portugal’s industrial confederation CIP, António Saraiva, who says that the association will ask the government to use a credit line available from the European Investment Bank (EIB) which facilitates exchanging moratoria for long-term loans.
In an interview with Antena 1 and Negócios, António Saraiva advises “an articulated response ” between the banking sector and the government and says that the confederation will submit a proposal in the coming weeks to the government.
This proposal recommends applying for capital from the EIB to enable companies to not have to face the deadline of 23 September, and instead go for a plan that would restructure their debts.
“Of the €46Bn of total lending covered by the moratoria (including personal loans), €24Bn refers to companies and this amount shows a growing tendency to increase to €30Bn,” said António Saraiva.
Saraiva said he expected around 25-30% to default and recommended that the banking sector and the government should “help those companies that clearly will not be able to honour their commitments by 23 September”.
“This would alleviate companies by offering them solutions that could include, for example, long term loans,” warning that when the moratoria come to an end, the consequences would put pressure on Portugal’s economy.
Since March 2020, thousands of companies and private individuals have not been paying their bank loans, taking advantage of a government law which has enabled them to enjoy grace periods on these loans in a mechanism which was created to support families and companies penalised by the economic crisis caused by Covid-19. 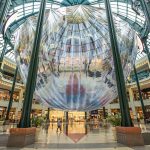 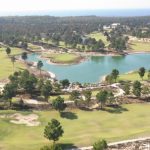 NB issued off contract loan on tourism developmentBanks, News, Resorts
This website uses cookies for a better browsing experience, in continuing browsing you're accepting their use. Read More