The Resolution Fund which is responsible for injecting cash into Novo Banco to ensure it meets ECB contingent capital levels has been given the green light by the government to ask the banking sector for a loan to finance the transfer of up to €429 million.

The decision was taken on Thursday by the Council of Ministers and was announced by the minister of Finances, João Leão.
“As the government has always stated, the Resolution Fund will not obtain any loan from the State, but will get the finance from the financial system to strengthen its budget and for its activities, namely for the transfers agreed in the contingent capital mechanism,” said the minister of Finances at a press conference.
João Leão said that the Resolution Fund is still evaluating the final value of the injection, but said that the reference amount is €429 million and depends on additional clarifications and verifications”.
The minister also said that the impact of the operation would be “less than foreseen in the State Budget” and that the effect was “merely statistical”.
“All of the funding for the Resolution Fund will come from private banks (he did not state if it was guaranteed by the State), and that the government would not get the money from the treasury (IGCP). There is no public money involved”.
“It will not for this reason be necessary to make any changes to the State Budget law,” João Leão added.
Novo Banco had asked for €598 million at the beginning of March, but the Resolution Fund had already announced that it would discount two amounts on the cheque: €166 million regarding provisions that the bank had because of the sale of the bank’s Spanish arm, and another two million regarding the bonuses awarded to management figures.
To make the payment, the fund led by Máximo Santos is negotiating finance from several banks that will make a line of credit available worth €475 million with the banks BCP, BPI, Santander, Montepio, EuroBic and Credit Agrícola involved in the operation. 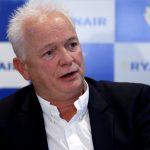 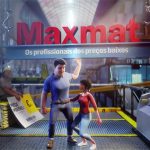 Sonae nets €40 million from Maxmat saleCompanies, News
This website uses cookies for a better browsing experience, in continuing browsing you're accepting their use. Read More