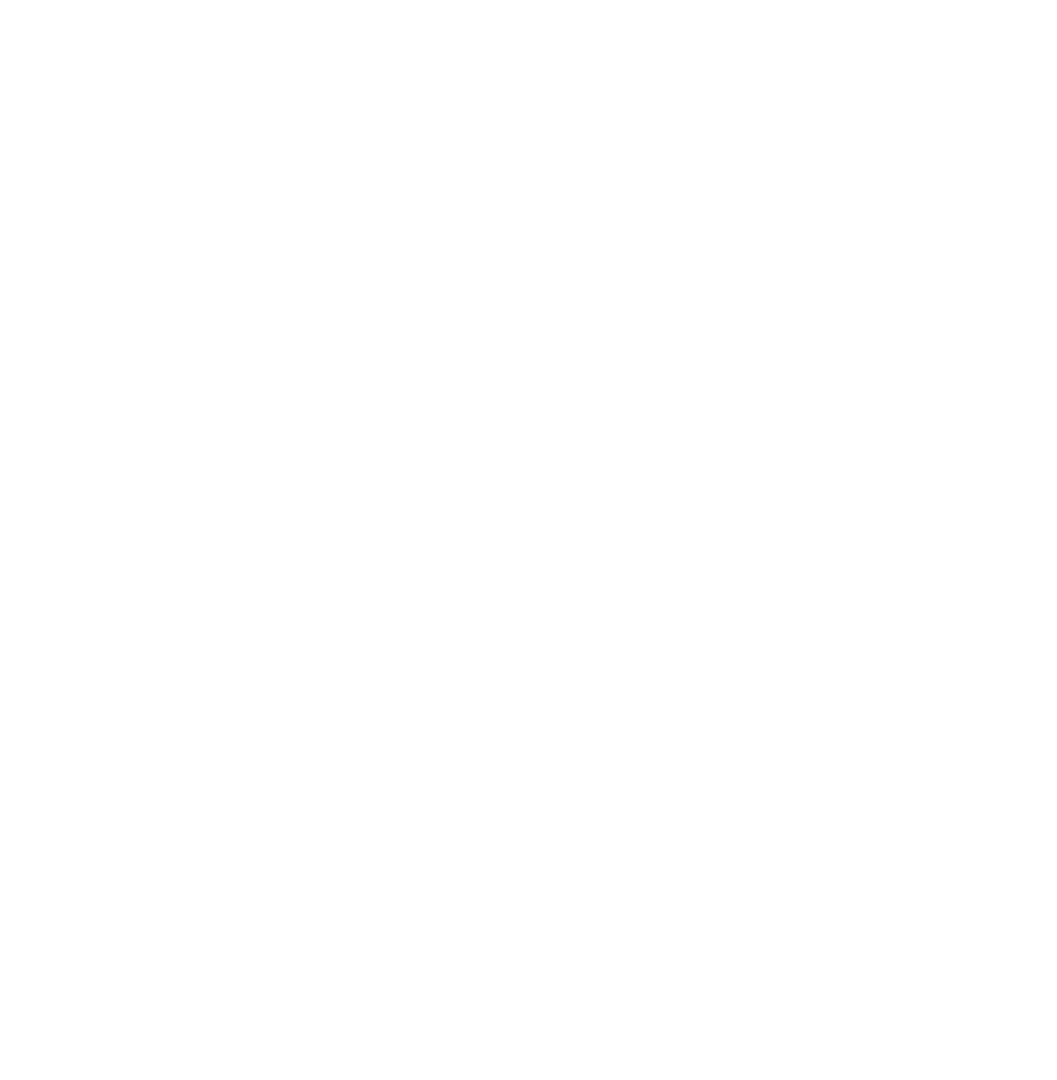 Portugal’s credit outlook not as bleak as it seems

Significant structural reforms Portugal made when its economy was supervised by the troika, debt reduction in 2019, and a likelihood of using EU ‘bazooka’ funds to green up and digitalise the Portuguese economy, mean that despite the current pandemic crisis, Portugal stands to keep its debt management on track, says Sarah Carlson, Senior Vice President Sovereign Risk at Moody’s Investor Service.

By the end of the first quarter of 2021, Portugal’s economy will have contracted by 7%, and its public debt will be €290 billion, 130.9% of Gross Domestic Product (GDP), as Portugal takes on an extra €17 billion of government borrowing to cover the devastating effects of the coronavirus pandemic.
Faced with such stark figures for a small country of just 10 million people, a casual observer might think that the long-term credit situation for Portugal is dire. In fact, Sarah Carlson, Senior Vice President of Sovereign Risk at Moody’s Investor Service, says that providing interest rates don’t suddenly go up, the outlook for Portugal isn’t so bleak.
“This is not a typical recession and I wouldn’t expect to see a typical recovery,” she says.
Carlson points out that one of the ways the recovery will behave differently is in the path for unemployment.
“Now, we have European countries keeping their economies and labour markets on life support through very large-scale public expenditure on furlough schemes, temporary unemployment, business support schemes and guarantees, but all of this will roll off once the public health crisis passes,” she says.
“We do expect there to be an increase in the unemployment rate (Bank of Portugal estimates are 8.8% in 2021). Most investors we have spoken to, say the economic recovery will be ‘K’ shaped, meaning the unusual scenario where certain industries and individuals pull out of a recession, while others stagnate,” she adds.

In the long term, the Moody’s analyst says that Portugal, like many other European countries such as Germany, face a demographic problem, with the credit impact of ageing societies showing up in terms of economic strength, because there are fewer workers in the economy to be able to fuel growth. This also impacts the fiscal strength of governments, as it becomes harder to sustain deficits or keep the annual balance of public sector finances level with rising ageing costs. This, says Carlson, makes it harder to get debt levels down.

Portugal’s per capita GDP is roughly around 80% of the EU median and the country is fortunate in that one of the silver linings of the sovereign debt crisis 10 years ago is that Portugal did undertake some pretty significant structural macro-economic reforms which helped to address the problem, according to Carlson.
“What we expect to happen is that the next generation of EU recovery funds – €15.3 billion in grants, including €13.2 billion between now and 2023 – will provide Portugal with a significant opportunity to address the growth challenge that it faces,” says Carlson.
However, one of the important legacies of the coronavirus crisis is debt burden, with very large increases in debt burdens in some cases (Portugal’s will have increased by 17% to €290 billion). “It is not as large an increase in Portugal as we have seen in France but still very high nonetheless,” she opines.
Carlson points out that even though there is more debt, and in some cases a lot more, across the board debt affordability continues to improve. This is because more expensive debt is rolling off and is being replaced by cheaper debt. In the case of Portugal, debt affordability has gone from 7.5% going into the global financial crisis, now falling to 4.8%.
“The smaller that interest burden is, you don’t have the borrowing costs crowding out other more productive areas of expenditure for economic growth,” she said.

Portugal is one of the larger recipients of the EU Recovery and Resilience funds in nominal terms, expecting to net €13.2 billion until 2023. Whereas some larger countries are receiving more in nominal terms, in terms of a percentage of GDP, Portugal is a very important recipient of these funds which will, says the Moody’s analyst, help “ramp up the country’s green and digital transitions” (The EC wants 37% of these funds to be used for ‘greening’ the economy).
“Portugal is a great example of an EU country with a backlog of public investment projects and has a very good track record of being able to absorb EU funds, which is not necessarily the case in all countries,” says Carlson, giving Spain and Italy as examples.
“We are fairly optimistic at Portugal’s ability to absorb these funds in what is a once in a generation opportunity for the recipients of these funds to be able to embark on future-proofing their economies, improving growth potential, which in turn helps the process of debt reduction for countries like Portugal,” says the sovereign risk expert, adding that Moody’s have seen a big increase in leverage during the coronavirus pandemic.
“It is easier to get your debt burden down if you are in a fast-growing economy, than if your growth potential is stuck at a much lower rate,” says Carlson.

Moody’s continues to see a ‘positive outlook’ on Portugal’s rating for now. When deciding on rating actions, a ‘positive outlook’ is driven by two factors: before the pandemic, Portugal’s debt had declined at a faster rate than expected, and despite the increase in debt as a result of the pandemic (+ €17Bn), the ratings agency expects the debt burden to start declining fairly quickly, foreseeing a small decline this year, and a slightly larger decline next year.
However, any policy of debt cancellation from the EU is viewed as highly unlikely for political reasons, and because it is not clear if there would be any positive benefits from debt cancellation.
This idea was mooted by some French economists and commentators who suggested writing off public debt that has been transferred onto central banks’ balance sheets as a result of quantitative easing (QE). To complement this cancellation, eurozone member states would, they argue, commit to reinvesting an equal amount of money into long-term, sustainable investments.
However, Carlson says it is not necessarily likely you would get large-scale debt reduction because of debt cancellation because it is possible that national central banks would have to be recapitalised by governments, so the net-net impact would be small because it would appear to be monetary financing and therefore challenging in the Euro Zone.
Having a large debt burden, however, is still a lingering threat, since while interest rates are expected to stay low for the foreseeable future, no one can say that low-interest rates will remain so forever.
There is always the risk that governments (in countries like Portugal) could have to pay much higher rates to fund themselves. This was the case with Portugal in the 2011 sovereign debt crisis when interest on lending rates shot up to an unsustainable 7.5% as Portugal was perceived to be at a greater risk of default and resulted in the IMF and ECB having to step in.

For Moody’s, the main driver of the assessment for susceptibility to event risk is still banking sector risk, which has an effect on the rating range that it has for Portugal (Baa1-Baa3), with the overall scoring level at Ba.
“There isn’t a particularly high probability of there being a materially large need to recapitalise the Portuguese banking sector, but in the case of a systematic institution failure, there is still, in our view – across all countries, not just Portugal – the likelihood that governments would still step in to help support banking sectors,” concludes Sarah Carlson, Senior Vice President Sovereign Risk at Moody’s Investor Service. 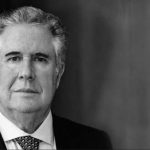 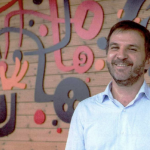 Frasquilho out in TAP reshuffleAviation, Companies, News
This website uses cookies for a better browsing experience, in continuing browsing you're accepting their use. Read More