A high profile parliamentary inquiry into mismanagement and losses at a private bank which has eaten up billions in public money is drawing to a close.

The hearings conducted by the commission into Eventual Losses at Novo Banco imputed to the Resolution Fund took up a total of 10,000 minutes of MPs ‘live’ time.
The longest of these 56 hearings was that of the CEO of Novo Banco, António Ramalho, which lasted seven hours and required a pause for lunch. The shortest was that of the President of GNB Asset Management (Novo Banco Group), João Pina Pereira, which took just half an hour.
The hearings began on 10 March with João Costa Pinto, the former president of the Bank of Portugal’s audit board who coordinated the commission that produced the report that looked into the proceedings of the financial regulator until Banco Espírito Santo was wound up in 2014.
This report draws attention to the need for a complete reorganisation of the financial system’s supervision in Portugal, more specifically the National Supervisory Council so that it would have a “more effective and adequate supervision”.
“If someone were to ask me if the supervisory action should have been more timely and robust and if the liaison between the supervision of the Bank of Portugal and CMVM had always been adequate and the report evaluates this, I would ave to say no,” he said.
This opinion completely contradicted the opinion of the former director of the Supervision of the Bank of Portugal (BdP), Luís Costa Ferreira, who insisted that the supervisor’s actions were “energetic and assertive”.
Both the minister of Finance, João Leão and the Governor of the Bank of Portugal, Mário Centeno expected that there would and should not be more capital calls to capitalise Novo Banco in the coming years.
The CEO of Novo Banco, António Ramalho said that next year there could be a capital call of around €100 million.
It is also expected that Novo Banco will make €153 million in profit this year. The bank is majority owned by the US equity fund Lone Star. 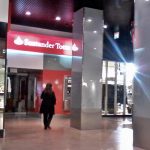 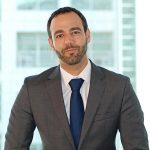