The Canadian ratings agency DBRS has issued a warning over Montepio’s poor profitability and high NPL ratios which threaten to downgrade the bank’s credit rating.

The agency has maintained the bank’s rating at ‘B’ with a negative outlook because of an expected increase in credit default when the moratoria come to an end in September.
The mutual bank is currently under restructuring and DBRS has recognised the efforts made by CEO Pedro Leitão to strengthen the bank’s balance sheet and return the bank to profit, but it says these efforts are not sufficient to achieve a quality rating.
The bank has therefore continues to have a ‘B’ rating at ‘junk’ level with a negative outlook because of the challenges that lie ahead, one of them being an increased level of credit default which is likely to increase the number of Non Performing Loans (NPL).
“The forecast continues to be negative” with “low profitability” while the bank has “vulnerable capital buffers” as well as a “large amount of credit default stock” or sour loans. There is also the impact that the Covid-19 pandemic will have on the economy which threatens Montepio’s balance even further and its restructuring process.
Apart from staff cuts and the closure of branches, the “bank is implementing measures aiming to strengthen its capital ratios, as well as reducing credit default and exposure to non-core assets”, as was the case when its sold its position in Almina, a mining company based in the Alentejo.
Montepio closed 2020 with a CET1 phased-in ratio of 11.3% and a total ratio of 13.4% have issued €50 million in Tier 2 securities. But the bank’s capital ratios are low with low profitability with DBRS doubting the bank’s ability to reduce its NPL ratio.
At the end of the first quarter, Montepio had around 24% of its loan portfolio under moratoria. 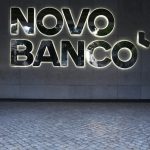 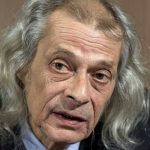