Tax benefits under Portugal’s NHR scheme for foreigners moving to and living and working in Portugal have skyrocketed by 44% to their highest level since the regime was created in 2009.

The Non-Habitual Residents (NHR) scheme generated a total benefit tax saving of almost €900 million in 2020. (€893 million)
This was an increase of 44% on 2019 to its highest level since being created according to the State General Accounts (Conta Geral do Estado 2020).
The final savings (tax that the State did not charge these overseas residents) rose to €1.4Bn just for IRS alone, an increase of 27.3% on 2019, justified by the contribution of NHR tax expenses according to Jornal de Notícias. In other words it represents an extra €314.6 million in taxes that the State did not levy in 2020 on the back the NHR scheme.
The partial or total exemption of taxes on overseas citizens resident in Portugal on the back of the regime is the most relevant tax benefits for IRS income tax, representing over 60% last year and overtaking other tax expenses for the first time, according to the Directorate-General of the Budget (Direcção-Geral do Orçamento.
Taxes on alcohol and alcoholic drinks, however, was the tax revenue source that most grew in 2020 on 2019 in relative terms due to alcohol production for disinfectant hand gels because of the pandemic.
“Tax expenditure on the back of the IABA category of alcohol and alcoholic drinks in 2020 totalled €328,2 million, registering an increase of €189.2 million on 2019 (+135.4%,” states the DGO. 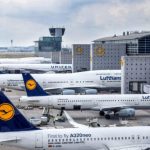 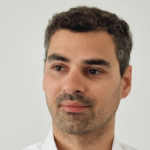