Algarve hoteliers and restauranteurs are bracing themselves for an influx of British tourists following the UK’s decision to lift all restrictions on resident holidaymakers on their return to the UK.

Starting from Monday this week, quarantine was no longer obligatory for travellers returning from Spain and Portugal providing they are double vaccinated.
The news was greeted with relief and optimism by João Fernandes, President of the Algarve Region Tourism Board.
On Monday 28 flights arrived from the UK but numbers of travellers was still disappointing with supply in terms of hotel rooms way outstripping demand.
“It’s good news given that 35 million British already have had both vaccines and the number receiving the second dose is increasing on a daily basis by around 160,000,” says João Fernandes, emphasising the “very important demand potential” which the British population offers.
But Fernandes warned that Portugal was not the only country competing to get UK tourists. “We are in open competition with Spain, Greece, Italy and France.”
Meanwhile, the President of the Algarve Association of Hotels and Tourism Developments (AHETA), Elidérico Viegas called the UK government move as an important “step forward” for Algarve tourism and the hotel sector and had “high hopes” as to the measure’s impact on bookings.
“This measure to lift restrictions is another step forward in the sense that restrictions have in practice prevented and continue to prevent travel and we now to a certain extent have expectations as to the impact this could have on increasing demand from British tourists,” said the AHETA president. 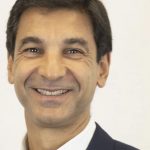 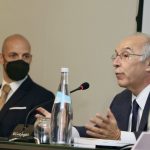 Europe, the US and Portugal in a geopolitical desert of shifting sandsBrexit, Digital economy, EU, Green economy, In Focus, News
This website uses cookies for a better browsing experience, in continuing browsing you're accepting their use. Read More