Europe, the US and Portugal in a geopolitical desert of shifting sands

The seasoned Portuguese political commentator, politician and lawyer Luís Marques Mendes reflects on the shifting geopolitical, economic and technological landscape which will define the next decade. But does the EU and US have a coherent strategy to deal with this change in paradigm?

The United States and the European Union have been going through a time of great change which will be decisive for the two economic and geo-political blocs and for the rest of the world.

What has been happening in the United States since the last elections is particularly determinative, with a re-focus towards values such as political decency, trusting in science ( certainly regarding the Covid-19 pandemic), transparency and responsibility; all of these values had, to some extent, been undermined during the previous US government administration.
At the recent launch of the book ‘The End of the West? Europe, the United States and the Rest of the World in a new Global Era by Francisco Gomes in Lisbon, Luís Marques pointed out that we have been living in a time in Portugal, Europe and the World in which there has been a certain absence of principles, values and references.
The Biden administration has also represented a change in transatlantic policy after a period in which relations between the United States and Europe were put under considerable strain during the Trump years.
That relationship, says Marques Mendes, is an indispensable factor for peace and security in the world. Now is an opportune time to reboot, rebuild and consolidate the transatlantic relationship both in terms of NATO and broader diplomatic and commercial relations with the EU.
It is also a time for the United States to take back its role of leadership in the world, a position that although not destroyed has certainly been undermined over the past five years.
This means taking the lead in climate change (the EU is certainly taking the lead here), economic reconstruction, technology and competitiveness, political leadership and setting the example in terms of values, security and world peace.

The US and EU: Defining a new strategy

Another change is occurring which also needs a period of reflection. Do Europe and the United States just want to restore and rebuild what has been undermined, or should it also define a new strategy, or at least refresh its existing strategy regarding the two main geopolitical challenges and threats in the world today – China and Russia?
Russia, says Marques Mendes, is a threat because of its renewed and attempted imperialist ambitions; its rather delicate, dangerous and subtle strategy to use Europe in order to divide and rule, and which requires a clear joint strategy from the US and Europe.
In fact, getting Russia’s intentions right, assessing its capabilities and the long-term drivers of its policy and threat perceptions, as well as its accomplishments are all essential because the alternative of misreading them is a recipe for wasted resources, particularly military ones, distorting NATO and Western priorities and increasing the risk of confrontation.
Regarding China, it was not by chance that at a recent NATO summit in Brussels, which was attended by US President Biden, there was a call for the reform and revision of NATO strategy.
According to ‘The Diplomat,’ the United States is currently at a crossroads with its strategic approach to China which is providing the Biden administration with a dilemma.
Since Biden took office, the US has bee more than eager to demonstrate the importance of strategic competition with China, but there is still confusion among policy makers about the best way to deal with China and the US needs a better strategy.
At the beginning of the Biden administration, the US was keen on addressing China as the most serious competitor and a major challenge. But the US president has said, “we are ready to work with Beijing when it is in America’s interests to do so”.
While the US is back in its foreign policy outline, the detail is not clear on how the administration will return to a stable China-US relationship after the rather chaotic Trump administration.
This will be challenging. Not least, more recently, because of the cyberattacks which have opened up a fresh source of antagonism and conflict between Washington and Beijing, despite China denying responsibility for the attacks that affected Microsoft Exchange, let alone other issues such as democracy in Hong Kong and Macau, the threat to the territorial integrity and sovereignty of Taiwan and strategic island building in the South China Sea.
In fact, for more than a decade, the transatlantic countries have been facing a growing crisis resulting from a change in the distribution of international and regional power that has led to its erosion, with serious implications for the transformation of the security context for the US, Europe and Portugal.
Portugal is one of the founders of the Atlantic Alliance whose defence is inseparable from the alliance with the United States and the North Atlantic Treaty Organisation (NATO) and, as such, has an obligation to contribute to the preparation of the new strategic concept of NATO and to defining its strategic priorities in the face of a new international balance of power.
For the first time NATO is now contemplating China as a threat rather than just as an economic partner and competitor in redefining and redesigning its future strategic concept, one which diverges from its original post-Word War II strategy which was developed and defined during the Cold War era dominated by two superpowers — the Soviet Union and the United States.
Europe too is changing, with a transition within the EU but foreign policy and strategy analysts do not know exactly how these changes will pan out but different they will be.

Luis Marques Mendes highlights three areas of change: EU institutional change. Brexit has raised this need within the corridors of Brussels.
“Almost without noticing there has been an inversion of principles and guidelines in relation to the EU.
“Ever since the UK left the EU there has been this sense that other countries might want to leave the EU but no one should be allowed to leave. Brexit called the old paradigm into question,” he says.
As the EU’s third most populous state, with over 12% of the Union’s population, the UK was an influential player in the European Parliament and the Council of the European Union. Its absence has impacted the ideological balance within the EU institutions.
The UK was an important counterweight in the EU and now Germany is in a difficult position as the dominant economy regarding its role in Europe and must now tip-toe softly to avoid other countries such as France and Southern Europe, fearing its dominance, ganging up against it.
The UK was a key asset for the EU in the fields of foreign affairs and defence given that the UK was (with France) one of the EU’s two major military powers, and had significant intelligence capabilities, soft power and a far reaching diplomatic network.
Without the UK, EU foreign policy is less influential. The US saw the UK as a bridge between the US and Europe, and the UK helped align the EU positions to the US and provide tougher policy towards Russia. That may have changed, and certainly Russia is looking to exploit this and drive a wedge between the UK and its former EU partners, as well as sowing discord between Poland and Hungary (former Warsaw Pact members) and the rest of the EU.
“No one can guarantee that Brexit might not happen again with other countries within the EU.” (Both Greece and Italy have strong anti-EU political movements)
There is scenario in which the EU could fragment if it is hollowed out by successive and individual exits of member states, which each state can decide on a sovereign basis within its own domestic political arena.
The simple fact that the UK did leave has demonstrated that ‘Grexit’ or ‘Italexit’ is a possibility. But in reality the only country that has really edged towards the exit door over the past five years has been Italy, even though only around 40% of Italians feel they lack a European identity. (It was 63% in the UK in 2016 just before the referendum)

The Atlantic dimension of Europe

And Brexit also raised another problem for Europe. The Atlantic dimension of Europe, or rather the EU, was undermined with implications for Portugal as an Atlantic trading country.
This does not mean that the Atlantic component of the EU has disappeared. There are other countries that also see themselves as sharing Atlantic principles such as Denmark, Holland and Ireland. But the UK, the most important one in Europe in terms of size and influence, has gone.
This has raised the problem of economic, political and strategic balance and the need to find new points of balance in the European Union.
“I know that regarding the other countries in the EU, the UK was always seen as a rather inconvenient and uncomfortable partner, one which was annoying and argumentative and created problems over everything.”
“But the UK’s interaction and participation with the EU was more of an asset overall than an irritant. It obliged a more cautious, balanced and prudent reflection and it is this dynamic that has vanished,” said Luís Marques Mendes.

The EU is also going through an economic transition with its traditional economic and growth model also changing with an emphasis on the Green and Digital economies.
In a dramatic move for global efforts to combat climate change, the European Union last week laid out an ambitious proposal to transition away from fossil fuels.
Brussel’s announcement marked the latest steps in rapidly accelerating the green revolution driven by a dramatic reduction in the cost of renewable energy systems and an unprecedented drive for carbon neutrality.
Within 10 year we will not have petrol or diesel cars. Car manufacturing plants such as Autoeuropa in Portugal has for the past two years been defining its strategy to anticipate these changes with a shift to electric vehicles.
“But just as there are no free lunches, this policy shift carries with it the threat of social tension. This is a revolution which, by a great measure, could contribute towards creating mass unemployment,” warned Luís Marques Mendes.
“More technology means a lesser need for people certainly in the more traditional areas of employment, with social, economic and political costs, but it is a change in an economic paradigm that is underway and inevitable and the implications of which most citizens in the EU have not yet fully grasped,” concludes Luís Marques Mendes. 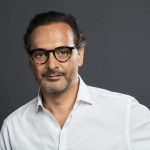 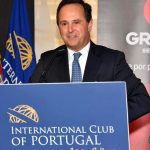 Medina and Moedas – is there really any difference?Associations, Elections, Events, ICPT, In Focus, News
This website uses cookies for a better browsing experience, in continuing browsing you're accepting their use. Read More