Two reports used in the defence of former president of Banco Espírito Santo have blamed the management that followed him for the gargantuan losses which led the bank to collapse in 2014.

Ricardo Salgado was fined by the banking supervisor, the Bank of Portugal, of “wrongful conduct and gross mismanagement to the detriment of clients, investors and creditors,” including infractions related to the issue and sale of BES bonds to the bank’s customers in which the Lausanne-based Eurofin, a company owned by the banking family, acted as an intermediary.
But the reports which have been seen by the news agency Lusa and are part of the case against Salgado which is currently being heard at the Court of Competition, Regulation and Supervision (TCRS) in Santarém, and to which Salgado is making an appeal against a €4 million fine slapped on him in September 2020 by the supervisor, state it wasn’t under his watch.
As part of the case currently underway at the TCRS, together with the BES Angola case, Salgado’s defence team included two reports, one dated May 2021, authored by professors in company finance management, Miguel Gonçalves and Vítor Massena Baptista and ‘market maker manager’ Pedro Amorim, and the second in April 2021 from TPricing Consultores.
Both reports conclude that it was the decision to buyback the BES paper that was taken by the board of directors which was managing the bank at the end of July 2014, after the board led by Ricardo Salgado had already been dissolved (on 13 July 2014) which had actually led to the losses and impairments which appeared in the bank’s accounts for the first half of 2014 (around €1.1Bn) and which are the basis of the case against Salgado levied by the Bank of Portugal.
According to TPricing, the fact that BES at this period had replaced Eurofin (the Swiss-based company at the epicentre of the crisis in the Espírito Santo Group which was at the heart of the transactions undertaken by the family and GES) “meant that the losses arising from buying back the bonds at different prices which were not advantageous to the bank meant that from a technical-financial point of view were no longer the responsibility of Eurofin, but BES instead”.
According to the consultancy, the “premature refund of the capital, at different prices to the amount BES had financed, is not consistent with a technical-financial rationale, so that from this point of view, the buyback could have been avoided or mitigated”.
“For that to happen, all BES had to do was to continue to acquire the bonds from intermediaries at market prices practised before July 2014 and not at prices that intermediaries repurchased them from clients,” it states.
The other report refers to the content in which the bonds were issued, recalling that the period in question covered the period Portugal was under the ‘troika,’ with interest rates at maximum highs which made it difficult for companies to secure long-term financing at attractive rates.
The specialists say that given the difficulties Portuguese banks had in getting finance on the international debt markets, BES had to issue bonds “to ensure the financial stability of the institution.”
The court case which began on 2 June, with pleas scheduled for 25 and 26 August, now involves the appeals presented by Ricardo Salgado to do with the BESA case (fine of €1.8 million) and Eurofin (€4 million), Amílcar Morais Pires (fine of €1.2 million in the case of BESA and €3.5 million in the case of Eurofin), José Manuel Silva (€1.2 million, Eurofin) and €4 million other fines attributed to BES (suspended for five years) and €1 million attributed to the Espírito Santo Financial Group (ESFG). 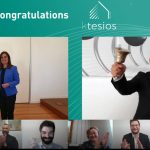