Casa Relvas – a family connection to the land

A Portuguese winery in the Alentejo region of the country has tried something it believes might be a first…in Portugal at least.

Casa Relvas, based at São Miguel de Machede, in Redondo, a family agricultural business that spans generations, has created a wine that contains the best of various harvests over the past 15 years to celebrate the anniversary of the first wine to be produced at its Herdade de São Miguel estate.
This special red wine contains wine blending from different 15 vintages from different grape harvests spanning from 2003 to 2017, so that each bottle is synthesis of the best from those harvests.
“We began our vineyard in the Alentejo in 1997, but last year we came up with the idea to blend 15 vintages together, bottle the wines and launch a special edition,” explains Alexandre Relvas Jr who comes from a long line of farmers stretching back five generations to the former Portuguese colonies in Angola and Mozambique.
“We decided to do something different, and opened 100 bottles, sampled the wines according to aroma, and came up with 15 harvests,” says Alexandre Relvas, adding that they had intended to launch the wine in 2019, but decided to postpone the launch until November 2020 to give the blend of wines an extra year to mature.

Alexandre Relvas says the sampling went well and “stirred a lot of emotions and memories” of those 15 harvests because, as he remarks, “every harvest represents a milestone in our professional lives.”
“Every harvest is a moment of stress, happiness and sadness and a lot of pressure for us and our winemaker and production manager Nuno Franco. We had a great time mulling over and reminiscing about the trials and tribulations and the good times we had bringing the wines to fruition,” he recalls.
The result is 1000 bottles under the label Herdade de São Miguel ‘Resumo de 15 Vindimas’ (Synthesis of 15 Harvests) with each bottle selling for €60.
“Thinking about what we wanted to do and how was the easy part. Sampling the bouquet of each of the bottles we opened was somewhat more tricky,” recalls Alexandre Relvas who says that they discovered that some bottles had that characteristic corky aroma (a musty scent), but these were few. Others, namely from 2006 and 2010 were really great and resulted in what is termed in the trade as ‘elegant wines’.
All in all, Alexandre Relvas and Nuno Franco selected wines — predominantly from 2005 and 2011 – which were intense, but when blended together worked extremely well.
“We had tasted all the wines since 2003, and documented our thoughts at the time on taste, aroma, the harvest and winemaking process as a whole, and the weather challenges we faced along the way, all of which contribute to the overall success of the harvest and the quality and nature of the wines,” he explains.
“It’s satisfying to see some vintages, which weren’t that good at the start, over time ended up being really great wines as they matured,” he adds, pointing out that other bottles were in fact a confirmation of a “really good vintage” and others still, which “started off looking promising, ended up by not developing as well as had been expected.”
Alexandre Relvas Jr as he is known within the family, already had winemaking in his blood since his grandmother’s family produced wine in the north of Portugal on the Douro Valley estates that are today owned by Rui Roboredo Madeira.
His father was what is termed in Portugal as one of the ‘retornados’ meaning the mass of exiled white Angolans who after the end of the Colonial Wars were forced to abandon their livelihoods and estates and flee to Portugal (some had never even stepped foot there), often dressed only the clothes they stood up in and a small suitcase.
“My family was in Angola and Mozambique for several generations, right down to my great great grandparents (five generations) where they worked as farmers, so there has always been a big link to the land which I suppose is in our DNA,” he recounts.
When he was young, Alexandre Relvas spent a lot of time in the Alentejo when his father and mother began the current project in the region from 1997 onwards, preparing the land and panting the first vineyards in 2000.
In 2001, the Herdade de São Miguel had 10 hectares of vineyard and the following year, Nuno Franco, then a viticulture and oenology consultant, joined the project and a further 25 hectares of vines were planted.
By 2003 the Herdade de São Miguel winery was built, with the capacity to vinify 500 tones of grapes and the following year the first 26,000 bottles of a selected red wine — ‘Herdade de São Miguel Colheita Seleccionada Tinto’ — were launched onto the market.
But it was only in 2006 that Alexandre Jr, (he now has a son of his own, also called Alexandre), joined the business after completing his training in Bordeaux, and the following year the first Herdade São Miguel’ wine was launched which has achieved 90 Robert Parker points (a TWA rated score by Robert Parker from The Wine Advocate).
In just four years, production doubled from 500,000 bottles to 1 million bottles. The following year, the family acquired ‘Herdade da Pimenta’ with 65 hectares of vineyard and a winery with the capacity to transform 25 tons of grapes.
But Alexandre always had big ambitions, and hasn’t just restricted the family business to wine production. By 2016, armed with a degree in business management, Alexandre Relvas and his team (he currently employs 90 staff) developed an olive oil project.
The following year, ‘Vinha dos Pisões and Monte do Poço’ was acquired and the cultivation of the first olive groves began. The family also rear sheep on the estate which is sold to the national and North African market.

Today Casa Relvas and its Herdade de São Miguel wines are exported worldwide to more than 30 countries, including Ireland and the UK and even sells a limited amount to China and admits its a market where “you have to be very present.”
In 2019 Casa Relvas sold 6 million bottles, but Alexandre Relvas admits 2020 was a very difficult year in terms of people management because of Covid-19, Nevertheless, in terms of sales the company had a good year. “We had some increase in sales because some of our main markets like Russia, Belgium and Brazil grew in market share when the Portuguese market fell somewhat.”
And with a €12.5 million turnover and a portfolio of different brands including reds, whites and rosés enjoying consistently high scores year-on-year in contests and international competitions, the future for Casa Relvas looks decidedly rosy, or rosé, perhaps we should say. 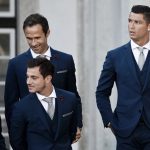 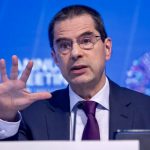 Ex-finance minister calls for tax hikesEconomy, News
This website uses cookies for a better browsing experience, in continuing browsing you're accepting their use. Read More