Former Benfica president, Luís Filipe Vieira says he doesn’t have the money to pay his debts amounting to €160 million.

The ex-football club mogul did so just two weeks before the court deadline to pay €160 million his companies owe to Novo Banco. “I don’t have €160 million to pay this debt. Plans are being made to pay it in shares,” he told the newspaper Correio da Manhã.
The issue revolves around a loan lent by Ricardo Salgado, the former president of BES, to Vieira by issuing Compulsory Convertible Securities. Novo Banco is now looking into what can be done about recovering this debt and with the assets of Vieira’s company Promovalor which holds the most important real estate assets of the Vieira family. If the bank executes the CCS it will end up with 96% of the family’s capital.
Luís Filipe Vieira insists, however, that he is not surprised with the deadline he has been given to pay off the debt. “This is being dealt with but there are still some documents that have to be signed. 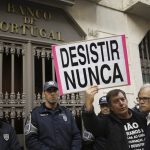 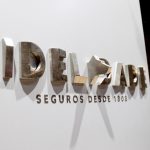 Fidelidade fined €300,000 by competition authorityInsurance, News
This website uses cookies for a better browsing experience, in continuing browsing you're accepting their use. Read More