The Sino-Portuguese insurer Fidelidade says it will appeal against a decision by the competition authority to fine it €300,000.

The insurer was fined by the competition authority for acquiring a fund, Fundo Saudeinveste, but only informing it five months later that it had done so.
Under both Portuguese and EU law, a company must inform the competent authorities of its plans to acquire or merge with another company, entity or the creation or purchase of a fund prior to the event.
In this case, Fidelidade, which is controlled by the Chinese company Fosun, acquired the exclusive control of Fundo Saudeinveste on 1 October, 2018 but only notified the competition authority after the fact when the deal had been completed on 21 February, 2019.
The accusation from the competition authority (AdC) which was made in September 2020 will be contested by the insurance group: “Fidelidade SGOIC will not back down on this decision (on the fine) the grounds and conclusion of which are entirely rejected and informs that it is preparing a respective legal suit”, states the company in a communiqué.
The Fundo Saudeinveste is a real estate fund that holds a whole range of real estate assets that are rented by various private hospitals and clinics which are in competition with Luz Saúde, the private health company which is part of the Fidelidade.
In June this year the fund had assets under management worth €257 million according to data from the Apfipp, a property management association which manages a property stock which includes the hospitals Hospitals Lusíadas, Hospital de Lagos, Hospital Boavista, Hospital de Albufeira, the Clínica Boavista and British Hospital.
Saudeinveste, however, has been managed since 1 July, 2020 by Caixa Gestão de Ativos SGOIC. 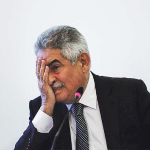 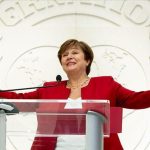 Portugal to receive €2.27Bn in IMF rightsEU, News
This website uses cookies for a better browsing experience, in continuing browsing you're accepting their use. Read More