The war between Portugal’s telecoms operators and Anacom, the official watchdog that supervises them, has just got uglier.

Altice Portugal has placed a legal injunction on Anacom in a bid to put the brakes on changes to the 5G auction bidding process which Anacom plans to introduce to speed the whole auction up.
The telecoms giant filed the lawsuit late Wednesday at a Lisbon commercial court (Tribunal Administrativo e Fiscal de Lisboa against the Portuguese National Communications Authority (Anacom).
Altice, which owns the brand MEO, believes that the “change made by Anacom to the regulations is clearly illegal because it disrespects what it considers to be absolutely necessary for a process such as this: guaranteeing total and absolute stability to the auction bidding rules and complying with the main aspects of legal security and certainty.”
Anacom has been at odds with the three main telecoms companies in Portugal which have a virtual monopoly in the market. The supervisor wants to open up the market to promote greater competition became that way users will get the maximum benefit regarding choice, price and quality of service.
Measures targeting new entrants include the spectrum reserve and access to national roaming, together with establishing associated coverage obligations to achieve a level of investment that more effectively fortifies the sector’s collective capacity and improves benefits for end-users.
Anacom also wants to promote an adequate balance between allowing new entities to enter the market, which can implement new business models and diversify offerings, and developing existing operations.
However, the telecoms operator insists that “if the new version of the regulations put forward by Anacom for consultation comes into force, it would constitute a substantial alteration to the auction procedure rules which would force the competing companies to make an unexpected and drastic adaption of their strategies going forward, including distorting some of their strategic options that had already been adopted beforehand, and which now cannot be changed”. 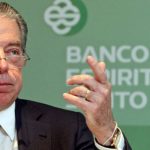 The saga of the death of the Banco Espírito Santo (BES) and its rebirth as Novo BancoBanks, Corruption, News, Novo Banco, Original, Public Inquiries 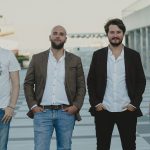 Exclusible nets €2.2MNews, NFTs, Start-Up
This website uses cookies for a better browsing experience, in continuing browsing you're accepting their use. Read More