Will Portugal’s ‘bazooka’ grants and loans be spent wisely?

The European Commission has given the green light for Portugal’s Recovery and Resilience Plan.

The original draft of the plan was delivered to Brussels on 15 October 2020 and after a period of discussions between the government and the commission the new version of the plan was submitted for public consultation.

After the public consultation a revised version was resent to the European Commission which were then discussed by the European Council and EcoFin.
This summer the EU approved Portugal’s plan which in total has €16.644Bn of which €13,944Bn comes from grants. Furthermore, the government can also draw on an additional amount of €2.3Bn in loans to be repaid at favourable interest rates, much of which will be made available to capitalise, restructure and modernise Portugal’s companies to ameliorate them more competitive and productive.
The allocation of the funds are broken down into various components: resilience, climate transition and digital transition.

The sub-allocation of funds is as follows:

Portugal is “among the countries within the European Union which has the largest proportion of support allocated to companies and the only one to have a Capital Allocation and Productive Investment programme which are aimed at correcting specific deficits in the Portuguese economy,” says Portugal’s Minister of State, Economy and Digital Transition, Pedro Siza Vieira.
Siza Vieira says that the “idea of the Portuguese RRP is to boost the positive aspects of the economy through reforms and investment which will help (Portugal) surmount structural challenges, highlighting:
Accelerating the process of the transfer of know-how and technology from scientific and technological systems to companies;
Overcoming the chronic financing deficit faced by companies through productive investment;
Overcoming the problems created by the small size of Portugal’s companies which tend to be low on productivity and management skills;
Improving the qualifications of the working population;
Moving towards a low-carbon economy while improving the business environment and economic justice.

Can Portugal afford to take on more debt?

The question is that given that Portugal has a staggering accumulated non-financial private and companies debt for its size – +268% in 2020 to €403Bn – the man who heads the government’s allocation and supervision of the funds through Portugals’ Development Bank and the banking system, Fernando Alfaiate, thinks so.
A debate in September was organised by the American Chamber of Commerce in Portugal (AmCham) in which companies were able to engage with the President of the Recover Portugal Mission, Fernando Alfaiate which was moderated by the General Director of Banco Empresas Montepio, Pedro Pires Fernando (also pictured).
Dr. Alfaiate (pictured on the left) will oversee Portugal’s RRP, explained that he would undertake the technical coordination of ‘Recover Portugal’ ensuring the various constituent parts of the RRP operated smoothly while supervising, evaluating, auditing and controlling the way the funds are allocated and spent and report back progress to the European Commission.
Dr. Alfaiate said that Portugal had done well to secure EU funds which in proportional and relative terms were in line with those allocated to Italy, France and Germany which are clearly larger countries.
On the issue of loans, there had not been many EU member states which had drawn on this source of funding. But Portugal had out of preference chosen to broaden this capacity to draw on more debt but given the constraints Portugal has in terms of the (accumulated) debt it has (€738Bn private and public) “we have to be very prudent regarding this matter”.
“If the need to broaden this loan capacity is required for Portuguese companies, this source can be activated in the form of loans at very favourable rates of interest and payback over 30 years,” he said.
From the point of view of the lines of debt financing, (i.e., issuing sovereign bonds for investors to raise money to finance the state), Portugal, thanks to low interest rates, has “made savings in recent years, particularly in 2020”.
“I think what is important now is to somewhat alleviate the indebtedness of (Portuguese) companies by introducing the aspect of capitalisation (through the RRP) to create the greatest capacity for solvency and cash-flow for these companies to create this resilience and capacity that they have not had over the past few years (since the end of the last financial crisis 2011-2014) because of a lack of lines of credit (from banks) for companies forcing Portugal and its companies to go down another path”.

But taking on more debt, public and company, is risky as the guarantees of low interest rates cannot be taken for granted forever, especially as the ECB starts to try and wean off member states’ dependence on buying their bonds from member states’ central banks. In the immortal words of Shakespeare, quoting Hamlet: “Neither a borrower nor a lender be; for loan doth oft lose both itself and friend, and borrowing dulls the edge of husbandry.” 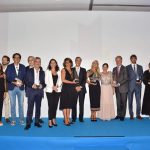 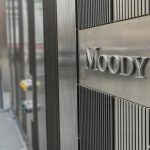