Over €8Bn of RRP earmarked

Almost half of the funds in Portugal’s RRP programme have already been allocated according to the entity responsible for managing and monitoring the funds, ‘Recover Portugal’.

The mission estimated that €9.032Bn has already been allocated from the total amount of €16.644Bn that will be handed out.
According to ‘Recover Portugal’ €6.3Bn worth of contracts have already been signed regarding one of the three cornerstones of the programme — ‘Resilience’, which means that 58% of the billions sent by Brussels have already been contracted.
In fact the ‘Resilience’ pillar of the programme is the one that has the best execution of funds from among the three pillars.
For the ‘Climatic Transition’ pillar, over half of the sums have also been allocated (51%), with contracts worth €1.5Bn signed.
As for the third pillar ‘Digital Transition’, 41% has already been allocated which corresponds to €1.071Bn.
To date, 54 contracts worth €9.0Bn have been signed with another 26 contracts being processed. All told, 24,829 families and 35 higher education institutions applied for RRP funds. There is also a tranche of €169 million in funds “committed” which represents 1% of the RRP funds.
As to payments, only 0.03% of the RRP (€5.1 million) has already been paid out. 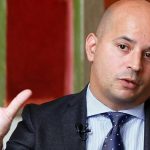 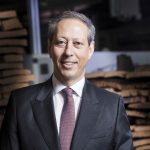 Amorim wins ‘Best CEO’ at IRGAwardsAWARD, Enterprises, News
This website uses cookies for a better browsing experience, in continuing browsing you're accepting their use. Read More