Former EU commissioner Carlos Moedas has won the race for Lisbon City Hall and is, against all the odds, Lisbon’s new mayor.

The mayoral candidate, who was considered a rank outsider by media and political pundits, was supported in the race by the conservative PSD and CDS-PP parties with Aliança (a conservative liberal pro-European party), MPT (a green liberal centrist party) and PPM ( a pro-monarchy party) fringe parties.
The centre right-wing election success sends out a clear warning to the PS government of António Costa that his future position is not so secure — traditionally mayors use city hall as a platform in their bid for power — and that failing to fulfil electoral pledges over issues such as social and low-cost housing do not go unnoticed.
Carlos Moedas fought his election campaign with a 20-page manifesto which contained several key business pledges:

Entrepreneurship – was one in which the new mayor promises to create a ‘unicorns factory’, a space that can “boost Lisbon startups so that they can become unicorns, where specialists can find an “assembly line” that would help to develop and mature project and give them resilience.
Moedas also wants to create a one-stop-shop for entrepreneurs and investors in Lisbon “bringing together fragmented existing services like Start-Up Lisboa, Invest Lisboa and Lisbon Council’s Economy Directorate, while working hand-in-glove with private entities.

The Blue Economy – is another focus for Carlos Moedas who wants to build the necessary infrastructures to make Lisbon a global capital for the marine economy and on sectors that are more environmentally friendly.

Taxes – The new mayor says that he wants to reduce city hall’s dependence on revenues from IRS taxes. Lisbon residents will not be charged for taxes that are the responsibility of Lisbon Council which could reduce municipal rates by 5%.

Commerce – In a bid to continue the revival in al-fresco dining within the context of the pandemic, Moedas will incentivise restaurants and cafés to facilitate creating esplanades as well as relieving taxes for the right to do so for two years for kiosks and eateries with esplanades.
Moedas also wants to relaunch new municipal markets along the successful lines of existing markets such as Campo de Ourique and Time Out which have restaurants and cafés. The project would begin with Rato and São Domingos de Benfica and continue with the building of new ones from scratch in Belém and Campolide.

Companies – After the difficulties of the pandemic, Moedas proposes providing funds to business owners through Recuperar + which will “offer grants from the EU’s grant fund for entrepreneurs who invest in Lisbon.
These funds will be used to support the reopening of businesses and SME activities across various sectors and within a timeframe still to be decided.

Tourism – The new mayor will forge ahead with measures to increase the average daily stay of each visitor by increasing the city’s offer of cultural experiences as well as boosting business and conference tourism with the building of a new Lisbon Congress Centre. 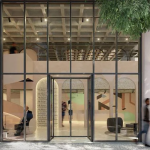 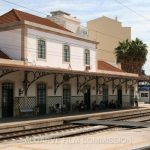 Alentejo and Algarve almost ignored in railway infrastructure investmentDevelopment, Economy, Infrastructure, News
This website uses cookies for a better browsing experience, in continuing browsing you're accepting their use. Read More