A Lisbon criminal court has issued an international arrest warrant for a convicted banker on the run from Portuguese justice.

Ex-banker João Rendeiro had already been the target of a first European and international arrest warrant. Now hiding overseas, possibly in the United Kingdom, he is subject to a second arrest warrant to serve a five year, eight months sentence for falsifying documents and digital information handed down by a court judge.
The first arrest warrant has to do with another case involving failed private investment bank BPP in which he was sentenced to prison for three years for qualified fraud.
The first arrest warrant was put out after the judge came to the conclusion that the former banker had no intention of revealing his whereabouts overseas having “ostensibly” avoided his legal obligation to inform the authorities of an address where he could be found. He left Portugal in a private jet.
On Friday, the same judge had decided to hear João Rendeiro about the review of his bail conditions but was informed beforehand that the defendant had no intention of returning to Portugal.
Wherever the banker is, he certainly will not be short of cash. It was reported by ECO online that he had hidden €21 million in offshore accounts.
The former BPP president is said to have transferred €21,88 million from a Swiss bank account to an offshore financial entity Oltar Investments Ltd which is based in the British Virgin Islands in the Caribbean which Rendeiro was the ultimate beneficiary.
A Portuguese tax report on the financial assets and wealth of the former BPP directors states that between 1 January 1999 and 31 December 2008 “transfers in totalled €21,880,548 million and transfers out totalled €12,108,351 million.
Three months after having stood down as president of BPP, in March 2009 he is said to have transferred €7.83 million to an account in Singapore a country to which he had fled to avoid justice and which doesn’t have an extradition agreement with Portugal.
In addition to this, João Rendeiro was also the ultimate beneficiary of more than six offshore companies.
Meanwhile, the two other BPP former directors, Salvador Fezes Vital and Fernando Lima, also given prison sentences, are not allowed to travel overseas and on Friday were given 48 hours to hand over their passports and other analogue identification documents by Judge Tânia Loureiro Gomes issued by Lisbon Central Criminal Court.
BPP, a private bank which specialised in managing fortunes, collapsed in 2010 in the wake of the collapse of another bank BPN. Both cases had serious repercussions because of the potential fallout for the Portuguese banking sector which suffered considerably during the financial crisis. 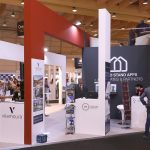 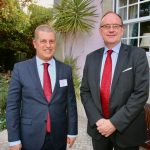 UK embassy in Green Finance conferenceGreen economy, Green Finance, In Focus, News
This website uses cookies for a better browsing experience, in continuing browsing you're accepting their use. Read More