The Portuguese Government is looking to officially scrap tax deduction at source for all companies in the State Budget for 2022.

Although it has not been mandatory to pay the up front tax deduction called PEC since 2019, it is studying ending the special IRC payment.
The Advance Tax Special Payment (PEC) is an advance corporation tax payment which reflects as an automatic deduction of taxes on the delivery of tax Form 22.
Since its creation in 1998 it has been dubbed the ‘minimum collection’, although the use of that expression only fit when with the reform of income taxes in 2000 it affected the reimbursement of PEC when meeting specific ratios of profitability and when an inspection was carried out at the request of the tax payer.
There has been pressure in parliament to end the PEC for micro and SMEs (MSMEs). The Portuguese Industrial Confederation (CIP) also supports the scrapping of the up front tax for all companies and not just SMPEs.
In the State Budget 2019 the Government decided to make the special payment on IRC optional and not mandatory.
The minimum prepayment of taxes to the State based on income from previous years is similar to the deduction at source that people can pay on their IRS income tax and works by assuming that business turnover will be the same as the previous transactional year.
From 2019 companies could opt to not make the up front payment providing that they were not in arrears with their taxes.
Those companies that did opt to continue paying the PEC could then deduct the amount when their final tax on their company profits were made.
The end of the Advance Tax Special Payment (PEC) was called for by the PCP party (Communist Party) which lobbied for and got a reduction in the up front tax at the start of the coalition with the PS and Bloco Esquerda (Left Bloc) and later saw it made optional. 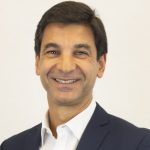 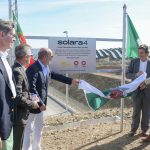