Will the State Budget vote-down affect Portugal’s capacity to raise money cheaply on the markets?

It means that the President of the Republic, Marcelo Rebelo de Sousa will have to call snap elections, either in January or February, with the prospect of the PS party government limping on in a caretaker capacity.
But with the unlikelihood of a stable and cohesive government being formed in next year’s elections, Portugal’s next governing executive threatens to look increasingly like the complicated and unstable coalition governments normally associated with Italy.
Moreover, it was the first time in contemporary democratic history that a State Budget had ever been voted down.
The question is how will political instability affect interest rates on Portugal’s bonds and borrowing capacity on the international lending markets?
Probably not much given that the economy is set to grow 4.8% this year and over 5% next year and significant funds worth €14Bn have come in from the EU’s ‘bazooka’ to sustain the Recovery and Resilience Fund (RRP) despite the fact that the pandemic saw the economy plunge by 8.4% last year heralding Portugal’s worst economic slump since the Abdication Crisis in the UK in 1936.
In fact, interest rates on Portuguese 10-year bonds rose slightly by 2.7 base points on Thursday to 0.403% after the State Budget 2022 was voted down. The German-pegged interest rate for Portugal followed the market trend with a yield of 1.5 base points to -0.164%.
Despite the rise in interest on public 10-year debt bonds, yields have stayed more or less the same at 0.403% as they had been on Wednesday, although they have been climbing since September (they had been trailing in negative terrain in 2020), accompanying the market trend in reaction to the increase in inflation because of rising energy costs. The increase in yields on Portugal’s debt on Thursday was in line with Interest rates charged on Spain, Ireland and Italy. All of Portugal’s debt with a maturity of less than 6 years was still trading with negative interest in the secondary market.
And the government is at pains to tell the world and the EU that Portugal’s “financial and economic situation is stable”.
The Minister of State for the Presidency, Mariana Vieira da Silva said: “now is not the time to convey an image of (political) instability overseas”.
“Our stability does not put Portugal in a critical situation unlike at other times (2008-2011) and added that Portugal’s political situation was not “that different to that faced by other countries and should not damage Portugal within an international context.”
And the good news is that Brussels has now given ‘carte blanche’ for the government to execute the Recovery and Resilience Programme (RRP) providing that the “delay in the approval of Portugal’s State Budget 2022 does not impede the fulfilment of the measures established.” 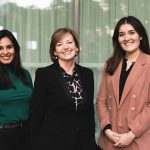 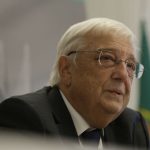