The telecoms company Ar Telecom is to invest €10 million in a fibre optic network and data centre.

The announcement of the “ambitious investment plan” was described as a “new era” for the operator which was recently merged into the Spanish group Aire. The new data centre will be located in Greater Lisbon.
The announcement was made by the company in a communiqué released on Monday this week.
“The investment will be channelled to “a high-capacity fibre-optics network which will connect Portugal with Europe in a project that will be rolled out in its entirety by the end of the first half of 2022”.
The projects, says the operator’s CEO Tiago Oliveira Santos, will create around 100 direct jobs and many indirect jobs by 2025 “essentially in specialised areas in telecommunications, information systems networks and cybersecurity”.
Ar Telecom was created in 2000 and specialises in integrated Cloud solutions. The company recently opened an office in Leça do Balio in Matosinhos, which Oliveira Santos gives as an example of a “commitment to work closely with clients”. 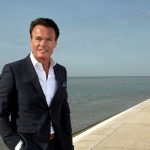 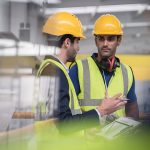