The Portuguese oil and gas company Galp has announced it may build a second platform for gas in Mozambique.

The announcement was made by an administrator, Thore Kristiansen (pictured), on Monday who said the company is studying the possibility of setting up a second gas rig.
“The next phase (of gas exploration) extends to gas liquefaction lines on land, but because of the situation of insecurity (in Mozambique) this plan has been shelved until it stabilises”, he said referring to the armed insurgency in Cabo Delgado in the north of the country.
Until then, “One of the things to be developed is to work out if there are alternative forms of exploiting these resources which means weighing up a second rig as an alternative,” he said.
At Web Summit at the start of the month, the company’s CEO Andy Brown announced an investment of €180 million to 2025 aimed at decarbonising its business, replacing fossil fuels in upcoming energies.
The money will be earmarked for research and development and support and validate solutions in green technology from the innovation ecosystem — startups, scale-ups, academies or other companies.
“Galp has ambitious goals to boost energy transition. We want to accelerate and build the future with a collaborative and systematic systemic approach, one which employs cutting-edge technology and top talent to hep us to achieve these ambitious targets”, said Galp CEO Andy Brown.
Two weeks ago, the company also announced that it would invest “hundreds of million” in the production of lithium hydroxide in Portugal, supplying 30% of Europe’s needs.
At Web Summit the Galp CEO said he saw a huge opportunity for Galp and Portugal from mining and processing lithium.
He said that there would be some news in the coming weeks about partnerships in the supply chain and that demand for lithium would increase ten-fold between now and 2050.
As to the apparent incompatibility between the company’s current active business model refining petrol and gas with renewable energy transition, Andy Brown said that whilst investment had been boosted investment in renewables, it did not mean that you could simply switch off petrol and gas.
“We are investing a lot of money in the belief that the system will change”, but added “today we don’t have clients for green hydrogen”. 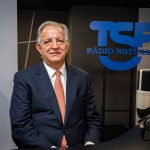 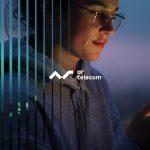