A quarter of debts owed to Portuguese companies in Angola by Angolan public companies is still outstanding.

This is according to the AICEP delegation in Luanda (the Portuguese overseas trade and investment agency) which also affirms “considerable progress had been made”.
In an Intervew with Lusa, the representative of AICEP in Luanda, Miguel Fontoura, explained that it was not possible to determine the exact amount of the debt — which is recognised by the Angolan State-, because of the effects of exchange rates, taking into account that some contracts were signed in US dollars, others in kwanzas and still others in euros, but it was certainly as much as €500 million”.
As to the certified amount paid, this too is not easy to account for since “there are payments in kind through tax credits and treasury bonds, but it stands at around 70-75%,” he estimated.
Miguel Fontoura stresses the “serious effort” that the Angolan government had made to “pay off the debt”, with “considerable progress” despite the difficulties caused by the Covid-19 pandemic, as Angola goes through its sixth consecutive year in recession.
“Despite this causing cashflow issues for Portuguese companies, these companies never thought of leaving Angola, understand the difficulties and calmly believing that the situation would eventually be sorted out, although not overnight”.
As to credits that could be clawed back in 2022, the AICEP official in Luanda said it was difficult to say, and would be affected by three variables: the fact that it would be an election year; the shape of the new agreement that the Angolan authorities would sign with the IMF, and, most important of all, and the price of crude oil which could provide the Angolan State more room to pay off the debts. 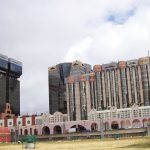 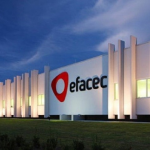 Decision on EFACEC loomsCompanies, Industry, Infrastructure, News
This website uses cookies for a better browsing experience, in continuing browsing you're accepting their use. Read More