The building of a new hydrogen plant should start in 2023 with operations slated for 2025 at Sines according to Portugal’s largest electricity power provider EDP.

The electrolysers will provide 100MW of power and will be constructed in a former coal-fired power station in Sines.
EDP announced on Tuesday that it will finally begin to produce green hydrogen in accordance with the GreenH2Atlantic renewable hydrogen. Thirteen entities are involved, including companies such as EDP, Galp, ENGIE, Bondalti, Martifer, Vestas Wind Systems A/S, McPhy and Efacec, and academic and research partners such as ISQ, INESC-TEC, DLR and CEA, and the public private cluster Axelera.
The project will have over €30 million of investment to build the hydrogen plant with both the building works and start of operations subject to authorisations from the competent authorities.
The GreenH2Atlantic was one of three projects selected as part of Horizon 2020 – Green Deal to demonstrate the viability of green hydrogen on an industrial scale of production using state-of-the-art technology.
The 100MW electrolyser will comprise innovative and up-scalable 8MW modules, with a capacity to “reach a maximum efficiency, size, useful life and flexibility”, states EDP in a communiqué. 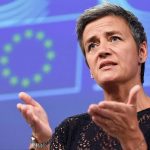 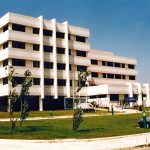 Brisa issues €75M in bondsBonds and Gilts, Companies, News
This website uses cookies for a better browsing experience, in continuing browsing you're accepting their use. Read More