Portugal’s Association of Real Estate Developers and Investors has balked at the suggestion that the end of the Golden Visa’s residential property investment path to residency through investment this year in Lisbon, Porto, and parts of the coast will boost Portugal’s flagging birth rate.

Neither does the APPII, which is headed by Hugo Santos Ferreira (pictured), believe the argument that somehow the end of this overseas investment regime option, which has netted the Government around €6Bn since 2012, will relieve speculative pressure and demand on the housing market in Portugal’s two main cities, and lower the price of housing, allowing young people to leave their parents’ home and start a family in their own house.
“We continue to insist that it was not the Golden Visa programme that inflated the price of housing. The impact of the Golden Visa (on house prices) is residual, and in Lisbon and Porto represents less than 2% of total real estate transactions in the cities.
“The price of housing will continue to rise with or without this type of programme until we address the real reasons why prices have increased,” says the APPII pointing to:

Inadequate and unsuitable legislation which makes construction costs too high (such as the 50-year RJEU (Legal Regime for Urban Building) which doesn’t match today’s reality;
High tax rate — a Portuguese citizen pays 40% taxes when buying their house; in Spain it is 10%;

VAT on construction for new housing is non-tax deductible, putting 20% extra on the final price that the Portuguese pay for their homes;

Lack of buildings and land at prices which are compatible with the construction of affordable housing, coupled with a large quantity of State property which is empty and should be made available for affordable housing;

Delays in planning permission licences, sometimes up to 4 years, representing additional costs which easily puts the price of property from €2,500/m2 to €4,500m2 which is unaffordable for most of the middle class.

Increase in building costs (which have doubled) and raw materials costs (increases of +90%).

The construction industry needs 70,000 workers with the Government offering no incentives to attract builders, which in the case of Portugal have all gone overseas where wages are better.

The APPII says the fall in the birth rate has nothing to do with this type of programme. Young people it argues:

Don’t always have jobs with compatible salaries to support mortgages in Portugal;
Have increasing difficulty balancing their professional and family lives;

Marriages and non-marital partnerships are taking place increasingly later in life;
Various crises over the past decade, including financial and health, have had an impact on the decision to marry and buy a property;

Demographic interior desertification – the rural drift of young people to cities where properties are smaller and professional life is more demanding and eats up more time;

The emigration of young talented and qualified people overseas where job prospects and salaries are better than in Portugal;

The poor tax and family credit incentives provided to the Portuguese Government by the State as a means of boosting the birth rate.

Portugal’s Economic and Social Council (CES) has been among the entities calling for an end to Portugal’s Golden Visa programme. Ana Drago, who coordinated a study approved by the CES said: “Portugal is suffering increases in housing costs above any of the (other) Euro Zone economies, and has the greatest gulf between the cost of housing and wages.”
“This (study) shows that these prices are as a result of a demand that has nothing to do with local residents but with overseas investors, namely through the Golden Visas and tax benefits awarded through the Non-Habitual Residents scheme.
“We know that the residential real estate market is focused on the so-called renovation of buildings into luxury and tourist guest houses, particularly in metropolitan areas and this has created added difficulties for young couples”, she said. 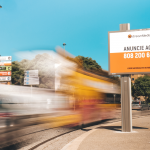 Companies in the NewsCompanies, News 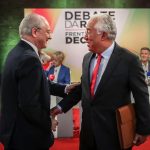 PSD pledges IRC and IRS taxes from 2025News, Tax
This website uses cookies for a better browsing experience, in continuing browsing you're accepting their use. Read More