Government to change law to get new airport clearance

The Socialist Party’s majority win on Sunday means that the Government will now have the power to push through a controversial new international airport on the South bank of the Tagus river at Montijo.

The absolute majority means that the Government can change the law which gives local municipal councils veto rights on the location of the new airport, says newspaper Público.
The PS will no longer need the support of the opposition PSD party to avoid a “negative coalition” which would have led to the Montijo airport location proposal made last year being rejected.
In March last year, António Costa’s government delivered a proposal to parliament that would eliminate local council vetos to the new airport at Montijo.
In this proposal, the Government says the expert reports from local councils are of a local concern and are not always aligned with Portugal’s greater national interest”. The legislation never got voted on in parliament.
Montijo is one of several scenarios on the table, including an airport at Alcochete, also on the South bank of the River, either as a complementary or primary airport. 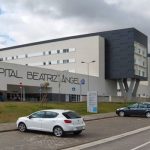 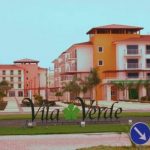