The bank did not release the sum in dividends it would distribute to the Portuguese State, but in a press conference it said it had already paid out €584 million since 2019 and that the dividends this year would “depend on conversations that the board would have with the shareholder”.
The State Budget for 2022 which was rejected in the Portuguese Parliament in November last year had foreseen a dividend of €200 million. Pundits suggest a €300 million + dividend.
The bank increased its credit (loans) by +3.6% to €52.5Bn and deposits by +9.7% to €79.7Bn but failed to avoid a reduction in financial margin b 4.3% to a total of €1.6Bn because of pressure from low interest rates, i.e., a negative impact of €5.4 million from negative interest rates on loans.
With the increase in economic activity last year, revenues with commissions rose 12.9% to €565 million, offsetting the fall in margin.
The new financial director of CGD, Maria João Carioca informed about a 26% increase in commission-based revenues from the sale of investment funds and financial insurance. Revenues from bank products enjoyed a 7% increase to €1.773Bn.
Structural costs fell 8.8%, €776 million with administrative and staff costs falling 11.5%.
Paulo Macedo said that the bank’s restructuring plan was completed successfully (Strategic Plan 2017-2020) and would now proceed with its strategy to 2024.
He said he wanted CGD to become a “universal bank” have a “greater digital presence”, invest in better services and more time for customers and continue to invest in renewing its staff. Last year it took on 600 trainees through protocols signed with universities which had supported the bank in taking on some 700 new and educationally qualified staff, as well as recompensing investors, both the State and private investors through capital reimbursements.
Moreover, Paulo Macedo wants the bank to invest in innovation, artificial intelligence, advanced analytics, and disruptive technologies, but also in the growing area of sustainability.
The banker justified bank charge increases by explaining “everybody know that banks have two source of income, interest on loans and deposits and bank charges” but with low or negative interest rates “when bank charges end, staff then don’t get paid”. 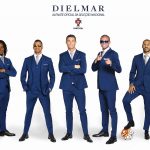 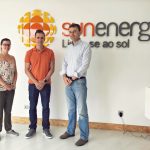 SunEnergy to enter Spanish market in 2022Companies, News, Renewables
This website uses cookies for a better browsing experience, in continuing browsing you're accepting their use. Read More