Handouts end for Novobanco .. for now

The Portuguese government has said there will be no more taxpayer handouts to Novobanco which was created after the Banco Espírito Santo empire collapsed in 2014.

According to ECO online, the minister of Finances, João Leão, said that more payments were not scheduled to be made to Novobanco through the Contingent Capital Mechanism.
On Friday, Jornal Económico reported that the bank led by António Ramalho was preparing to request more money from the mechanism despite having closed 2021 with profits of around €200 million.
News about the intention to go cap-in-hand using the mechanism did not sit well with the Resolution Fund which over the weekend issued a communiqué in reaction stating that it has the “strong conviction that no payment whatsoever is due” to Novobanco relative to 2021 accounts.
The Fund confirms that the bank’s financial accounts have not been closed and audited, but states it is aware of the preliminary version, and has drawn the conclusion that Novobanco will not have the right to get more money given its results in 2021. 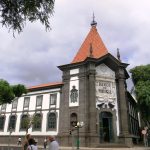 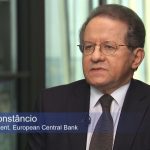 Sanctions will throw Europe into recessionEconomy, News
This website uses cookies for a better browsing experience, in continuing browsing you're accepting their use. Read More