Sanctions will throw Europe into recession

A former governor of the Bank of Portugal, Vítor Constâncio, has warned that sanctions against Russia will “greatly affect” European economies and plunge the continent into recession.

“Will Putin stop with the annexation of the 2 regions or will he take over the whole of Ukraine?” Constâncio asks. And continues “I assume that the West response may not be the same for the 2 cases. The West already made clear it will not send troops to Ukraine, so militarily Putin has a free hand”.
“If Russia invades the whole of the Ukraine “there will certainly be a recession in the case of an implementation of the full package of sanctions” said the economist, who was also a former vice-president of the European Central Bank, on Twitter.
“Putin’s recognition of separatist regions and his speech arguing that Ukraine has no legitimacy as an independent state threatens to upend the world economy and markets. In the short-term, oil prices, stocks and bond yields came down, all pointing to slower growth”, Constâncio states.
“The full package of sanctions will cripple Russia’s economy, but it will greatly hurt the West economies, mainly in Europe. Facing a limited annexation, will European unity stand for the full sanctions? The US has been silent about the sanctions´ calibration in that case”.
“The effects will be, obviously, very different in the 2 (incursion/invasion) cases. A recession will be certain in the case of the full package of sanctions. Will the Central Banks, particularly in Europe, backtrack in their hawkish shift to begin policy tightening when stagflation is at risk?”, he asks. 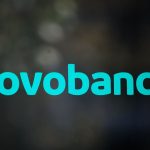 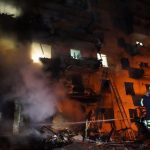 Fuel and energy prices set to soar as Russians invade Ukraine in haunting echo of 1938 Sudetenland invasionEnergy, News
This website uses cookies for a better browsing experience, in continuing browsing you're accepting their use. Read More