The Portuguese energy giant EDP closed the first quarter of 2022 with a loss of €76 million which compares to profits of €180 million like-for-like on 2021.

“EDP’s financial performance in the first quarter of 2022 was strongly impacted by the extreme drought in Portugal in 2021/2022, the worst drought in 90 years, and which resulted in a record deficit in EDP’s hydroelectric power production in the Iberian market of 2.6TWh compared to the historic average.
This deficit forced EDP to purchase electricity on the wholesale market “to meet the demand of its portfolio of clients says the company led by Miguel Stilwell. It was a purchase made within the context of historically high prices (average price of electricity €229/MWh, a like-for-like increase of €407%).
“The sharp increase in the cost of electricity sold, which was not recoverable form clients meant a loss of €400 million in the first quarter of 2022 at a EBITDA level, which justifies the negative net result of €76 million posted by the company”, states EDP.
“Clearly there has not been any kind of advantage taking by utilities within the context of high energy prices”, says EDP’s CEO in a statement to Lusa, adding that the company had “absorbed the losses even through it has made a loss”.
“The facts are what they are, we have not made any kind of extraordinary profit, quite the contrary”, said Stilwell when questioned about the government considering the possibility of applying a windfall tax on profits made by energy companies because of sanctions on Russia and increased demand versus a fall in supply.
Recurrent EBITDA fell 16% to €710 million compared to the first quarter of 2021, with a 9% fall in EDP’s renewables business to €405 million which was not offset by the 17% growth in electricity networks to €362 million. 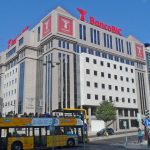 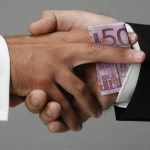 Politicians main source of corruptionCorruption, News
This website uses cookies for a better browsing experience, in continuing browsing you're accepting their use. Read More