The Portuguese Parliament has rejected ending Portugal’s hugely successful ARI – Authorisation for Residency for Investment scheme which has attracted around €6Bn to the country since its introduction in November 2012.

A proposed law to end the regime popularly called the ‘Golden Visa’ had been put forward by the Portuguese Communist Party (PCP), the left-wing Bloco de Esquerda (BE), and People, Animals and Nature Party PAN according to Idealista/News.
A proposal to widen the current regime by far-right party Chega which last year was curtailed by the Government in Lisbon, Porto and part of the Algarve, was also rejected. The ruling PS party has argued that the latest alteration needs to be evaluated.
The PS voted against all of the proposals advanced to do with scrapping the Golden Visa because it is “something that is important and fundamental for the country” and that it was vital to “evaluate the effects of changes that have already been brought in”.
The Golden Visa residential property option is now not applicable in Greater Lisbon, Greater Porto or the most popular tourist areas along the Algarve coast because, it has been argued, that the programme was distorting property prices, causing speculation, and making it impossible for middle class and young professionals to afford to live in the areas as prices spiralled driven by demand.
There have been other problems too. The processing of Golden Visa applications have also ground to a halt at the borders and immigration service SEF which is currently undergoing profound structural and institutional changes.
The result is that the ARI System had not been accepting Golden Visa applications since the start of the year.
Since January, Golden Visa applications in exchange for overseas foreign investment in property have been frozen. This is because the SEF platform to apply for new ARIs has been frozen and is awaiting new regulations arising from the legislative changes to the Golden Visas which came into force on 1 January, 2022. 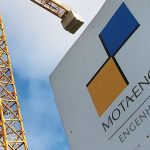 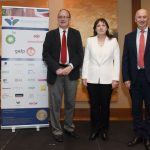