The Portuguese Environment Agency (APA) has given the green light for a large solar park project for Cercal in the Alentejo.

The project from Aquila Clean Energy was passed after the company introduced substantial changes to the project.
All told, Aquila is investing €400 million in four solar parks – two in the Alentejo, one in Coimbra, and another in Leiria – that Aquila Clean Energy wants to build this year. The company already has 300 MW in solar and hydroelectric power.
These changes were required in order to receive a favourable Declaration of Environmental Impact (DIA) which the company had actually received last year on the understanding it made them.
The new project layout that features various contributions from the public consultation phase, minimises negative impacts and enhances the benefits of the solar park on the environment and on the Cercal do Alentejo area.
Taking into account the DIA requirements, Aquila Capital Energy has decided to increase the minimum distance of the solar modules in relation to existing houses in the location by at least five times to 250 metres. In some cases this distance has increased to 500 metres.
The solar park that will have an estimated installed capacity of 275 MW, should be in operation in 2024, and will supply clean energy to 141,000 houses from producing 596 GWh of renewable energy per year.
It will avoid emissions of 477,000 tonnes of CO2 into the atmosphere annually, thereby making a positive contribution to reducing carbon footprints imposed by the climate change crisis. 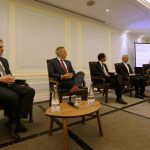 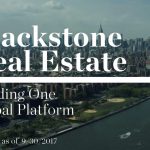 Blackstone buys M7 for €125 millionAsset and Fund Management, News, Real Estate
This website uses cookies for a better browsing experience, in continuing browsing you're accepting their use. Read More