The Portuguese association which represents hotels, guest houses and restaurants fears there will be a rash of cancellations because of the chaos at Portugal’s Lisbon and other European airports.

The fears were voiced after news broke that London’s Heathrow Airport had placed a processing cap of 100,000 passengers a day until the end of August because of a lack of staff, and asked travel agencies not to book holiday flights for holidaymakers through that airport.
The Association of Hotels, Restaurants and Allied Establishments (AHRESP), stated on Tuesday that the “chaos at airports” is harming tourism and Portugal’s image and could lead to an increase in accommodation cancellations.
“The chaos at national and international airports continues”. “Scores of flights in Portugal and to Portugal are being cancelled daily”, states AHRESP in a communiqué”.
The association also says that “a substantial percentage of passengers affected will demand refunds, which could harm the tourist accommodation, increasing the number of cancellations”.
“Even more worrying”, says AHRESP, is the real possibility of cancellations and delays continuing until September, seriously harming tourism from the accumulated losses that could mount up in the coming month”.
“This situation is harming tourism and damaging Portugal’s image”, states the association.
The situation is compounded by the fact that Lisbon desperately needs a new airport. Earlier this month the Minister for Infrastructure, Pedro Nuno Santos, received a rap on the knuckles from Prime Minister, António Costa after letting the cat out of the bag about plans for a temporary new airport at Montijo, and a new airport at Alcochete to ease the pressure on Humberto Delgado airport which is already at overcapacity. 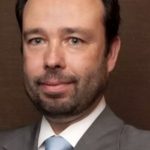 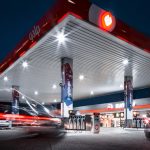 Galp’s profit margin upCompanies, News, Oil and Gas
This website uses cookies for a better browsing experience, in continuing browsing you're accepting their use. Read More