High increases in the price of gas is financially undermining Portuguese manufacturers, particularly companies in the areas of textiles, apparel, and ceramics.

This is according to the President of the Textile and Clothing Association of Portugal – ATP, Mário Jorge Machado.
Regarding the ceramics industry, gas rationing (at around 15%) could put the very survival of the industry at risk.
Last week, the association announced that many of its members had been suffering from a suspension in orders which is affecting the sector and imposing cuts in activity.
“The textile industry is seeing increasingly more clients delaying or suspending orders and we already have some companies in lay-off or scaling down because of the holidays”, Mário Jorge Machado who has called on the government to provide more support, by introducing a package similar to the one adopted at the peak of the Covid-19 pandemic.
Over the pat few days textile factory owners have been calling the ATP asking for relief on their new electricity bills.
“We want to know if the amounts of compensation agreed under the Iberian mechanism for those with open contracts will continue or not. We want to know the amounts and if they are really paying less, as the government promised, or not”, he told the newspaper Expresso. 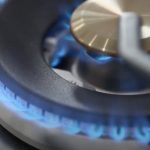 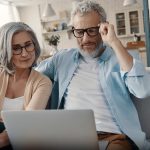 Portugal’s banks in no hurry to raise interest ratesBanks, News
This website uses cookies for a better browsing experience, in continuing browsing you're accepting their use. Read More