“I don’t care where the new airport is – just take a decision!”

The Chairman of Azores airline SATA called on the government to hurry up and choose a location for Lisbon’s new international airport.

Speaking at the Tourism Conference organised by the Irish-Portuguese Business Network (IPBN) on Thursday morning (September 29) held at the Universidad European, Luís Rodrigues, in response to a question from the audience about Lisbon’s new international airport said: “I don’t care where they put the new airport just so long as they take a decision, wherever it is, just take the goddam decision!”
Conference moderator and Chairman of the IPBN Geoffrey Graham also asked the SATA chairman about the need for the new Lisbon International airport.
“We’ve been talking about the new airport for a long time, certainly for as long as I’ve been here and that’s 23 years, how important is (solving that) jigsaw puzzle in terms of meeting demand, which is clear?”
Luís Rodrigues replied: “This is fundamental. We’ve been discussing the new airport for 50 years and it has involved a lot of governments.
“We’ve heard so many times that a decision would be taken within two years, and then we hear that it’s not quite like that, and we’ll need a public consultation which will take three or four years, yet it seems nothing gets to happen for at least 10-15 years”, he said.
The SATA chairman added: “Of course some improvements had been made”, but pointed out that the Secretary of State for Tourism, Rita Marques herself had admitted that 50% of inflows of travellers were tourists coming through Portugal’s airports.
“We have 10 international airports in this country, including in the Azores which need some work done on them such as building new structures to ease the flow of passengers and with more expected. It is unthinkable that the main gateway into this country (Lisbon’s Humberto Delgado International Airport) is in the (overcapacity) situation that it is in”, he said.
Luís Rodrigues was the invited guest on a panel to discuss ‘The transformation and repositioning of Tourism in Portugal’ which included a Q&A with Francisco Teixeira, CEO & Owner Melair IR – Royal Caribbean Group and John Bergin – Director of SkyTours Travel and Golfbreaks.ie .
John Bergin agreed saying: “We’re looking at increased numbers and demand and we’ve got challenges in terms of infrastructure, but we’ve also got huge challenges in opening hubs and satisfying Porto City Council in its eagerness to present itself as a sustainable (travel) destination”, particularly in terms of pushing Portugal forward on a sustainable agenda”.
The airline SATA Air Açores, which operates flights to and between multiple destinations in the Azores, has been facing financial difficulties, in line with most airlines, following the Covid-19 pandemic and rising jet fuel costs.
SATA is reported to be suffering from further losses on its balance sheet bringing the total to €47.7 million for the first half of the year like-for-like on H1 2021.The company is currently undergoing a restructuring plan.
On 1 August, the SATA Group posted consolidated results of €107.9 million, an increase of 51.4% on the same period in 2019.
In a note sent to news desks, the airline company said the figures represented the best half year results in terms of revenues since it first began posting consolidated results.
The company also said it had doubled its passenger numbers in relation to H1, 2021 and added that the numbers were just 2.3% below the first half of 2019. 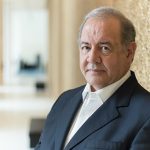 Government could give selective tax breaks in return for upping salariesNews, Tax
This website uses cookies for a better browsing experience, in continuing browsing you're accepting their use. Read More