Hoteliers against reintroduction of tourism tax

Hoteliers are against plans by municipal councils in the Algarve to reintroduce the ‘tourism tax’ and even increasing it.

The Algarve Resident reports that the idea was put forward by the inter-municipal community of Algarve (AMAL) which is said to be “preparing to reintroduce the tax”, which was suspended during the pandemic, which, in pre-pandemic days, rarely exceeded €1 a day.
According to SIC, only Faro and Vila Real de Santo António share visitors a tourist tax, “But the idea is that each tourist will pay €2 per day, throughout the region, from 2023”.
The tax will apply to the first seven days of any visit — and it will not be charged in the case of children under the age of 12.
According to a report from SIC TV, it will be added to the “value of the lodging”, in other words it will theoretically be applied not just by hotels, but ‘Alojamento Local’ guest house businesses as well.
‘A bitter cherry on the cake’ (for tourists at least) is that it would be charged all-year-round, whereas in the past the tax only applied during the summer months. 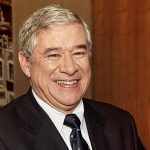 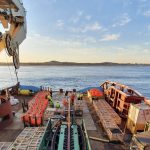