Overseas concerns that Portugal’s housing market might be overheated raised its head again this week.

This time the concerns were not from analysts but the European Commission, which in its autumn statement expressed concerns about continued rising house prices and public debt.
“The nominal growth of house prices is surging, suggesting signs of an over-valuation in the price of houses”, says the Commission in a report on the Alert Mechanism.
It states that public and private debt need to be watched carefully, pointing to “persistent macroeconomic imbalances”.
The report states: “concerns over the (debt) ratios of non-financial companies and family debt, government debt, import/export balance of payments remain”, although debt ratios have continued their downward trajectory following the Covid-19 crisis”.
“The nominal increase in the price of a house increased 8.8% to 9.4% in 2021. The like-for-like nominal price of a house increased to 13.2% in the second quarter of 2022. House prices were estimated to be 23% overvalued in 2021. More than two-thirds of mortgages are fixed interest for only one year”, states the Commission.
Other “significant concerns” are related to public debt according to the Commission which warns that they pose a high risk to keeping Portugal’s budget on track in the medium and long terms”.

Here is what the report said in a nutshell:

External sustainability remains an issue. While the net international investment position has improved strongly and reached the highest levels in 15 years, it is still large and negative, with further improvements projected until 2024. The current account deficit widened to 1.2% of GDP in 2021, as improvements in the travel balance and goods exports were more than offset by the deteriorating balance of trade in energy goods. The deficit is projected to slightly expand in 2022 due to price effects. Nominal unit labour cost growth was moderate in 2021 and is set to turn negative in 2022. The HICP-based real effective exchange rate depreciated in 2021. Year-on-year, it also depreciated by August 2022.

Vulnerabilities related to the non-financial corporate debt-to-GDP ratio remain, although it is on a declining path. It declined to 90.5% in 2021, but is still more than 4 percentage points higher than in 2019. The non-financial corporate debt ratio continued to decrease in the first half of 2022, but there are risk factors associated with the macroeconomic environment. It remains above both prudential and fundamental benchmarks. Non-performing loans of corporates in percent of corporate loans of banks continued to decline. The household debt-toGDP ratio remains above both prudential and fundamentals-based benchmarks, although it has declined in 2021 and continued to decline in the first half of 2022.

Concerns related to government debt remain significant. In 2021 it decreased by 9 percentage points, to 125.5% of GDP, and is forecast to fall further, reaching below pre-pandemic levels in 2022. The government deficit narrowed to 2.9% of GDP in 2021 and is forecast to continue decreasing over the forecast horizon. Fiscal sustainability risks are high in the medium-term and medium in the long-term.

Health of the banking sector

Concerns related to the banking sector diminished, but some weakness remain. Profitability picked up and solvency ratios remained resilient. However, the tier-1 capital ratio is above regulatory requirements but low compared to European peers, while profitability remains relatively low. The non-performing loans ratio continued its downward trajectory but remains above the EU average, and underperforming (stage 2) loans are also elevated. Moreover, the risks associated with financial and public sector feedback loops remain

The Alert Mechanism Report is based on a scoreboard of indicators and economic judgments, it is a filter to identify countries and issues for which a closer analysis (in-depth review) is deemed necessary. The outcome of these in-depth reviews forms the basis for further steps under the Macroeconomic Imbalance Procedure. 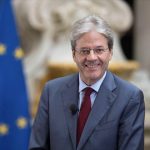 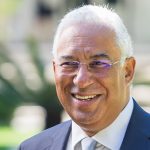 Alleged “interferences” by PM in private sectorBanks, Companies, News
This website uses cookies for a better browsing experience, in continuing browsing you're accepting their use. Read More