The allegations in a bombshell book recounting the memoirs of former governor of the Bank of Portugal, Carlos Costa, has ignited debate on just how far a government should bring pressure to bear in the private sector.

‘The Governor’ written by Luís Rosa about Carlos Costa’s 10-year mandate at the helm of Portugal’s central bank during one of the country’s most turbulent financial periods since the 1970s, has highlighted António Costa’s alleged “interference” in Banco BIC and the Bank of Portugal.
Portugal’s Prime Minister has been accused of trying to protect Angolan tycoon Isabel dos Santos in bank BIC of which she was a principal share holder for the sake of Angolan-Portuguese relations, but this is only one case outlined in the book.
“We can’t mistreat the daughter of a president of a country friendly to Portugal” António Costa is supposed to have told Carlos Costa in April 2016 in a bid to not have her removed from the board of Banco BIC.
But there is a crop of companies including Endesa and EDP (both energy) Altice (telecoms), Galp (energy), Pingo Doce (food retail) and Novobanco (banking) among others against which the Prime Minister may have either pressured or made undue comments. Three of the 14 cases are outlined below:

The President of energy company Endesa stated in an interview that when he suggested electricity bills might have to go up 40% because of gas supply and inflation problems, António Costa issued an order obliging all bills issued by the company for State contracts would only be settled after validation by the Secretary of State for Energy, João Galamba.
When it was suggested to the Prime Minister that he was discriminating against the company – no others had to following this procedure – the Prime Minister refuted the accusation by saying: “No, no, this isn’t discrimination at all. As we all heard, the president of this company announced that prices would go up 40% and said something that wasn’t true; that this increase was the result of the existence of the Iberian market, which as everyone knows is a lie. Therefore, this demands particular caution regarding this operator”.

In a TV debate with Rui Rio (PSD party) in January this year during a pre-election campaign, António Costa said that if the State had not upturned privatisation, TAP would have “gone to the wall”.
“We bought TAP to precisely prevent that private company that was there and which didn’t merit any confidence, would not wind TAP up on the day it went bankrupt. In 2002, Mr. Neeleman’s companies (David Neeleman was the main shareholder) were falling like ninepins around the world”.

In the days that followed, the former TAP private shareholder accused António Costa of having lied by making such statements which affected his “good name and reputation”, adding that he expected an apology. During the electoral campaign, when asked if he would apologise to the Brazilian entrepreneur, the Prime Minister replied: “As if I’m going to do that!”

In May 2020, salaries at Novobanco were a controversial topic, with various parties criticising the bank’s management, in particular the sale of assets below their estimated market value which made negative financial results even worse. António Costa forwarded the justification for cash injections into the bank to a special Deloitte audit, but said he also suspected the other banks, which were financing the Resolution Fund, were not “prepared to finance bad management at the institution”. (Novobanco) This talk of bonuses and high management salaries when the bank was making high losses and receiving millions in capital injections from the Resolution Fund forced António Ramalho to make a public statement that he felt as though he was being used as a “political punch bag” and added that he would not be “used for political point scoring in front of a media show”. 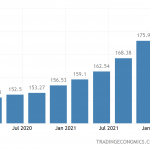 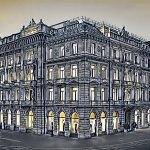 Portugal to escape recession in 2023Economy, News, Recession
This website uses cookies for a better browsing experience, in continuing browsing you're accepting their use. Read More