Portugal’s Minister of the Economy, António Costa Silva has suggested that the IAG group which has British Airways/Iberia/Air Lingus could be the buyer for TAP.

However, there are those who believe that the sale would put at risk Lisbon International airport’s position as a hub, with the Barajas airport in Madrid becoming the sole hub for the Iberian peninsula with flights to Latin America.
“Either the minister is suggesting this to increase the company’s value with an attitude of the “more companies interested, the merrier”. Or he is “talking through his hat”, the President of STHA – the Portuguese Handling Union – André Teis told Jornal Económico.
“In terms of network links, the IAG Group is the one that would most overlap with TAP and going into a partnership with Iberia would put Lisbon’s position in doubt as a hub. Madrid airport has been greatly expanded with more capacity and is currently under-capacity in terms of use. Given that Lisbon airport is overcapacity, flights would begin to be transferred to Madrid,” he warned. 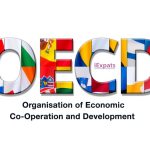 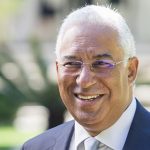 Thumbs down for Medina and Costa in pollCorruption, News, Opinion
This website uses cookies for a better browsing experience, in continuing browsing you're accepting their use. Read More