Portuguese bank BPI has gone from losses to a profit of €366.1 million in the first quarter of 2018 partly thanks to asset selloffs.

The Spanish-owned bank, led by Pablo Forero, had registered a €102 million loss for the same period in 2017.

According to the bank, asset sales and its activity in Portugal were the main drivers for the turnaround.

In the first half of 2017 losses were caused by the impacts of non-recurring factors of €290 million: €212 million from the sale and deconsolidation of Banco Fomento de Angola (BFA) and €77 million from redundancy and voluntary retirement packages.

BPI’s return to profit is down to “net profit from the bank’s activity registered in Portugal, which achieved €222.5 million, including receipts from the sale of its stake in Viacer (€59.6 million) recorded in the first quarter and the completion of the sale of BPI’s asset management arm BPI Gestão de Ativos and BPI GIF (Global Investment Fund) for €61.8 million”.

Meanwhile it was reported that Portuguese banks are charging double the commission charges charged by Spanish banks. In Portugal average commissions charged are €78 a year while in Spain they are €38 a year.

According to a study by Deloitte commissioned by Spanish banks and which compared bank charges from Novo Banco, Santander Totta, BCP and ActivoBank – , these charged average annual bank charges of €78 with German banks charging the highest charges (€181) and the United Kingdom the cheapest (€20). 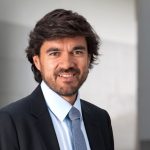 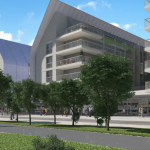