Lisbon’s concert venue Altice Arena has made the Top 10 in Europe in terms of ticket sales for the first half of 2018.

During the period, 300,000 tickets were sold placing it as the 8th busiest concert and exhibition venue in Europe.

And according to the Pollstar index, it is the 15th busiest entertainment space in the world from a ranking of 200.

Portugal’s hosting of the Eurovision Song Contest in May helped boost numbers with 33,000 tickets sold over the week-long musical event.

The venue with the highest turnover of tickets worldwide was Lanxess Arena in Cologne, Germany, followed by WiZink Centre in Madrid, Spain and Madison Square Garden Arena in New York. Glasgow and Manchester were also high up on the list in 6th and 7th place respectively. 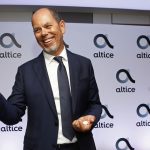 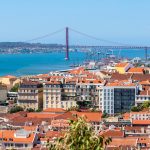 Average house prices up 7.8% and 20% in Lisbon and PortoNews, Property
This website uses cookies for a better browsing experience, in continuing browsing you're accepting their use. Read More