The population of Lisbon has plummeted 15% in five years according to a study from Lisbon City Council.

The same study states that two-third of property deed holders are renting out at least two properties to overseas visitors and residents.

It is further proof of the impact that tourism and local accommodation is having on Lisbon’s historic city centre neighbourhoods which have lost 15% of their electorates within five years according to the “Lisbon Tourism Urban Study” (“Estudo Urbanístico do Turismo em Lisboa”.

The same study also has data on population development in Lisbon. Owing to the in-existence of information on the resident population in neighbourhoods, the study’s authors used voter numbers for local elections which are automatically updated when people renew their citizens cards.

According to the study, the vast majority of parishes have lost residents in recent years, the  phenomena is more acute in the historic centre of Lisbon, particularly the parishes of Santa Maria Maior and Misericórida that form part of the neighbourhoods of Alfama, Mouraria Castelo, Baixa, Chiado, Bairro Alto and Madragoa – which saw their number of voters fall 14.5% between 2013 and 2017.

These same two neighbourhoods concentrate 45% of all local accommodation in the city which is the reason that the City Council has announced that it will propose the suspension of new local accommodation rental application registrations for tourism because in these parishes there are more tourists staying in local apartments than actual being living there.

According to the same study, the parishes of São Vicente, which include the neighbourhood of Graça, and the parish of Santo António, neighbourhoods that run off Avenida da Liberdade, have lost 9.5% and 8.3% of their voters over five years. 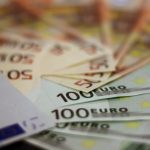 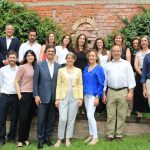 1st Essentia tourism, brands and property conference launches in NovemberNews
This website uses cookies for a better browsing experience, in continuing browsing you're accepting their use. Read More