Million-euro projects are cropping up in every sector in Portugal’s second city.

Gone are the days when Porto was considered a second option to Lisbon when it came to capturing foreign investment. The Unvanquished City, as it is known, is more vibrant than ever, and proof of that are the real estate projects that have been multiplying in recent years, as well as those that are in the pipeline for the near future.

The numbers speak for themselves: “The projects for new office buildings have increased exponentially, with more than 150,000sqm of office area already earmarked, 54,000sqm of which are already under construction and should be put on the market gradually between the end of the year and 2021,” according to the Marketbeat Portugal Autumn 2018 report from Cushman&Wakefield (CW).

In the hotel segment, the dynamic continues: data recently published by Confidencial Imobiliário shows that, in the first half of the year, 40 new hotel projects entered the licensing process from north to south of the country. The councils of Lisbon and Porto remain the most consolidated investment markets, with the northern city occupying the top spot and welcoming 11 of the new hotels that were submitted for licensing, followed by the capital with 6 projects.

Also benefitting from the thriving tourism scene that places Porto as one of the best destinations in Europe is the retail sector. Figures from the latest Property Perspective report by CBRE consultants show that 50 new stores have opened in downtown Porto (Baixa) in the first six months of the year alone, a rate of over 8 openings a month.

The residential market is equally alive and well – 7,000 properties sold in Greater Porto in the first quarter of the year, according to the CBRE document, an average of 78 houses transacted per day. It is estimated that more than 28,000 properties will be sold in the Porto Metropolitan Area until the end of the year, with the Unvanquished City absorbing a quarter of those units.

For this reason, Luís Mesquita, who heads CBRE in Porto, has no doubts that the city is going through a unique period: “Until 2012/2013, the city was stagnant. In the last few years, everything changed. And while initially, Porto was seen as an alternative to Lisbon by investors, today it comes up as the first choice, and that’s something we are witnessing for the first time.”

Paulo Silva, Head of Country of Savills Portugal, corroborates this: “Nowadays, Porto has its own identity and doesn’t consider Lisbon a threat. In fact, the municipalities of Porto and Lisbon don’t act like rivals and are, above all, ambassadors of Portugal. Worthy of mention is the notable work that has been done in promoting the country.”

This promotion has certainly had an effect by attracting a growing number of multinationals to the country. As CBRE’s Luís Mesquita notes, “the market drivers have changed, and today Porto is not just a tourist destination, it’s also a work destination”.

Natixis, the international division of the second-largest banking group in France, Groupe BPCE (with 31 million customers and two retail banking networks, Banque Populaire and Caisse d’Epargne), is one of the most notable examples in this context. 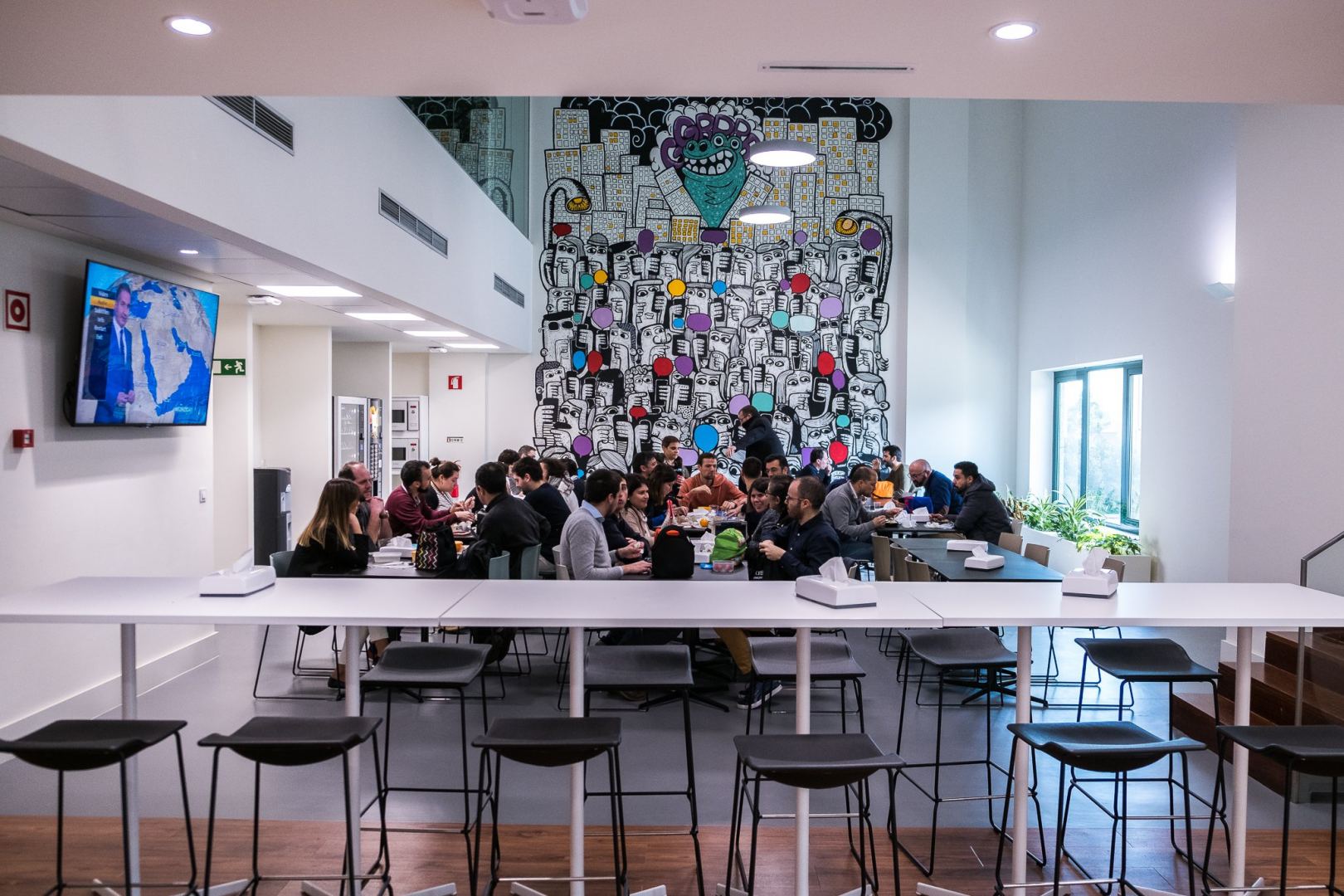 With more than 21,000 employees in 38 countries across the four corners of the globe, Natixis has invested heavily in Porto and, in March this year, it inaugurated a centre of excellence in the areas of IT that provides support solutions to the whole group. A total of 450 people were hired in a first stage, but the goal is to reach 640 qualified employees by the end of next year.

Poland, Romania, Spain and Portugal (through Porto) competed for the French group’s decision. “Poland and Romania were quickly excluded and just Spain and Portugal remained in the running. The quality of our human resources as professionals from FEUP (Faculty of Engineering of the University of Porto), University of Minho and University of Aveiro weighed heavily in our favour. Besides that, we have many French descendents, and the ability to speak French (and English) here is fundamental,” says Telmo Fernandes, director of Human Resources at Natixis.

The matter of infrastructure costs, although not a priority, still carried some weight in the decision. Occupying 12,000sqm (two-thirds of the former Soares da Costa headquarters, which in the meantime was completely remodelled by Tetris, the JLL company for the area of architecture and interior construction), the company ensures its workers are central and have direct access to transports such as the underground. In Madrid, with the significantly higher rent prices, ensuring the same operation cost would force the company to establish itself some 45 minutes from the city centre.

Paulo Silva from Savills lists other examples, such as the case of BNP Paribas, which represented the largest office rental occupation with 16,000sqm at the Urbos Business Center, or Regus, with 5,000sqm at District Office & Lifestyle.

The quality and cost of human resources and the rental prices of office spaces are therefore among the main factors that explain the interest of multinationals in establishing themselves in Portugal. But demand, despite being high, often comes up against a lack of offering of spaces to accommodate firms.

Of course it’s no wonder that the projects that pop up on the market are quickly picked up. One of the largest projects at the moment, POP (Porto Office Park), will occupy 31,000sqm in the Boavista area, on the land of the former STCP bus collection station.

Undertaken by the architecture firm Broadway Malyan, the development comprises two office buildings, a restaurant, a gym, padel courts, an auditorium and a parking lot with 600 spaces. It is a €100 million investment by the holding company Violas Ferreira. 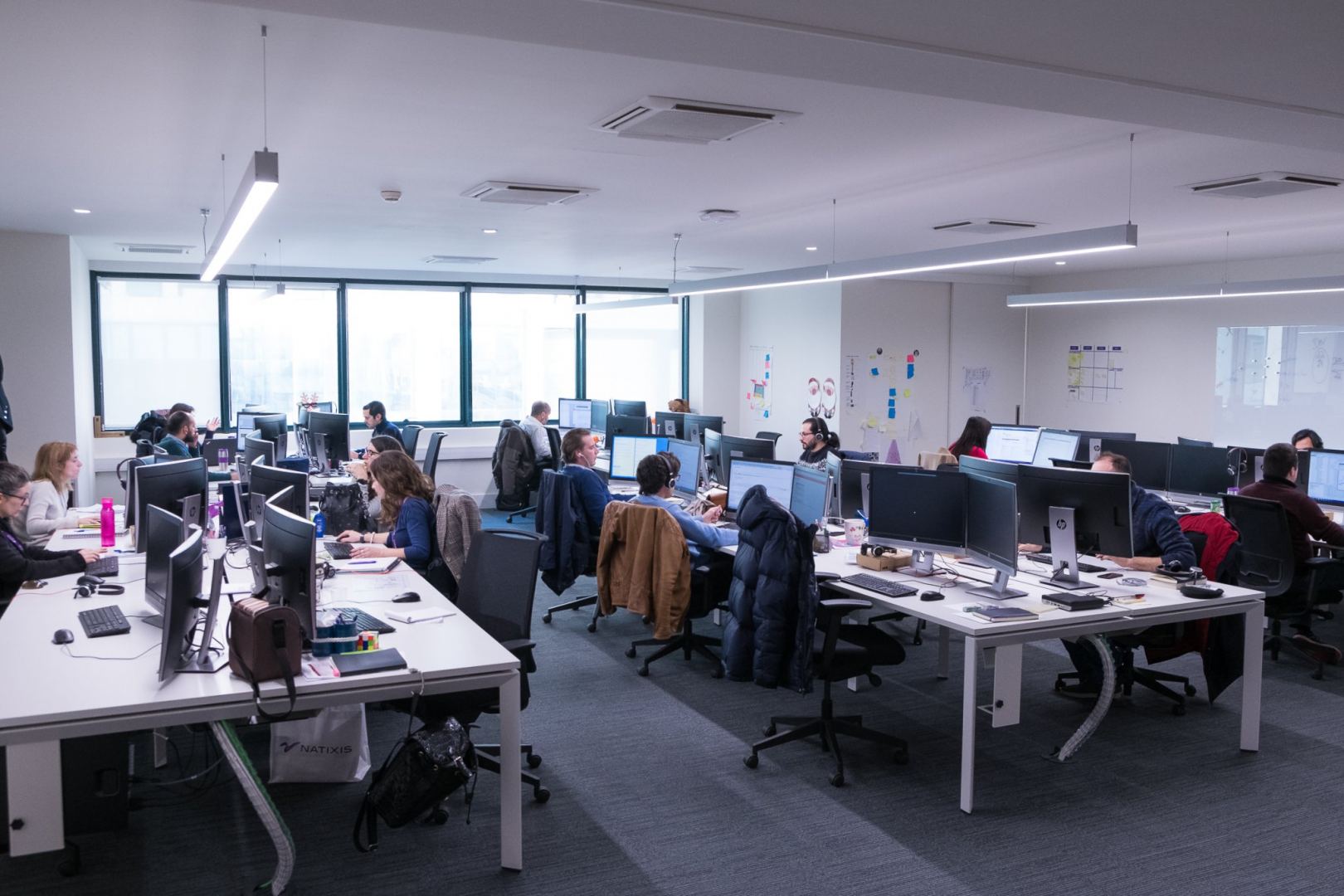 “It’s a leading project, experimental. The developer believes there is demand and they’re right. Sales began less than a month ago and they already have three interested parties that secure more than half of the available area,” says the CBRE manager, who is overseeing the process together with other consultants.

With an identical investment – €100 million –, Lionesa is another of the big corporate projects in the country’s northern region. Situated in Leça do Balio, dubbed a business “resort” by its developers, the Lionesa business centre wants to almost double its existing area to 100,000sqm, further consolidating its alternative approach of merging art and business, culture and innovation. With this extension, it is estimated that the business centre will accommodate around 12,000 employees. For now, the construction of three buildings with an area of 11,000sqm is underway. The project includes a religious installation by the architect Álvaro Siza Vieira, a new sports area with eight padel courts, the construction of a hotel, a gym, and university and corporate residences.

The original Lionesa business centre was born in 2002 to give life to a space that was previously used for the textile industry. Today, it is a kind of creative mini-city that’s home to dozens of companies, among which are Farfetch, Uber and Vestas, and which together employ more than 5,000 people.

Another mini-city, but this time dedicated to tourism and whose theme is Port wine, is the World of Wine (WOW), which should be concluded in 2020. Developed by the Fladgate Partnership Group, the owner of the iconic Yeatman hotel, among others, WOW will celebrate the history of Port wine, in a project also bearing the signature of the architecture firm Broadway Malyan.

Located in the historical centre of Gaia, in the former Fladgate warehouses, the tourism project represents an investment of €100 million and expects to receive more than a million visitors a year. Five areas are planned for different experiences, namely the Wine Experience, the Cork Experience, Porto Through the Ages, the Fashion & Design Museum and the History of Drinking Vessels. Other points of attraction of the World of Wine include a school dedicated to wine, 12 spaces for restaurants, shops, an exhibition space, a new public square and parking for 150 cars.

On the back of this true tourism and urban revolution that will be happening in Gaia, near the Yeatman hotel, other projects are beginning to pop up that will contribute to the area’s revitalisation. Such is the case of a residential/office and retail project that will be built on land that is on the market with Santa Casa and which will occupy almost 90,000sqm close to this wine mini-city.

Whether driven by tourism, by the nationals who have started buying houses again or by the foreigners who have discovered Portugal, the truth is that urban construction and regeneration is booming in the country’s second city.

“This urban renewal began in Porto even before Lisbon, where prices really started to heat up. This led many investors to look for new opportunities in Porto,” highlights Geofrey Graham, senior partner of the law firm Edge International Lawyers, with offices in Porto, Lisbon and the Algarve. He adds that, although other segments are becoming attractive, it is the residential market that is still catching the attention of the firm’s international clients. “Most are from the UK, France and South Africa,” emphasises the senior partner.

According to the Marketbeat Autumn 2018 report by Cushman, urban regeneration has gained a significant dynamic in Greater Porto since last year, when building licensing increased by 125% and licensed projects by 25%. The consultants note that, in the first quarter of 2018, the main councils of Greater Porto accounted for more than 400,000sqm of projects in the licensing process and 180,000sqm of already licensed projects.

Just like in Lisbon, the residential sector has the most expression in Porto, representing almost half (49%) of the already licensed construction area. The (still) controlled prices per square metre for renovation, combined with the prices that property in more central areas of the city is commanding, translate in an appealing profitability for investors.

This trend is confirmed by the National Statistics Institute (INE). Data published earlier this summer shows that, looking at the first quarter of 2018, among the seven Portuguese cities with more than 100,000 inhabitants, Porto registered the highest average growth rate of property sales, standing at around 22.7% (€1,379/sqm). Lisbon followed, with a growth of 20.4% (€2,581/sqm). It’s certainly a trend in consolidation. 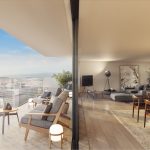