Berlin-based low-cost airline Germania Airlines has filed for insolvency leaving thousands of passengers who have made direct bookings to the Algarve and Madeira out of pocket.

The airline, which last year transported over 4 million passengers including tens of thousands to the Portuguese airports of Faro and Cristiano Ronaldo Madeira International Airport in Funchal, has cancelled all of its flights.

Faro will lose 25,000 seats and Madeira will lose 106,000 seats a year from the German market with the announcement.

This is the second large carrier collapse to hit the German sector (Air Berlin stopped flying in 2017) and yet another casualty in a bigger picture that looks certain to include others.

Algarve tourism boss João Fernandes admits this is just more bad news for a sector that is already holding its breath, “Especially as Germany is one of the principal traditional markets for the Algarve”.

“This collapse implies the loss of four routes to Faro which will affect around 25,000 tourists, translating into an eventual reduction of passengers from that market of around 5%,” he told Barlavento newspaper.

The low-cost airline flew from Faro to Dresden, Erfurt-Weimar, Munster/Osnabruck and Nuremberg.

From Madeira is operated services to German cities like Berlin, Bremen, Dresden, Dusseldorf, Frankfurt, Hamburg, Hannover, Leipzig, Munich, Stuttgart and Zurich, as well as Toulouse in France, among others.

“Naturally this is not good news,” said the Madeira Regional Tourism Secretary, Paula Cabaço, “because it has short-term impacts,” since the company operated seven weekly flights to Madeira during the winter months.”

However, it is believed that in the medium term and working with ANA – Aeroportos de Portugal, efforts to attract new routes will be stepped up “to replace the loss of seats by another airline company.”

This was the case when in 2017 the airline Monarch and Air Berlin collapsed.

Germania Airlines states that its liquidity problems began “mainly because of unpredictable events, such as high increases in fuel prices last summer while at the same time there was a weakening of the euro against the dollar combined with delays on aircraft delivery to its fleet.”

Karsten Balke, the company’s CEO, said: “Unfortunately, we were ultimately unable to bring our financing efforts to cover a short-term liquidity need to a positive conclusion. We very much regret that, consequently, our only option was to file for insolvency. It is, of course, the impact that this step will have on our employees that we regret the most. All of them as a team always did their best to secure reliable and stable flight operations — even in the stressful weeks behind us. I would like to thank all of them from the bottom of my heart. I apologise to our passengers who now cannot take their Germania flight as planned.”

As to the passengers affected by the suspension of flights, Germania Airlines states that those who have booked flights as part of a package holiday should “contact their tour operator directly to organise replacement flights.”

“For those passengers who booked directly with Germania Airlines, unfortunately they have no right to replacement transport.” 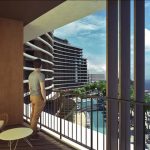 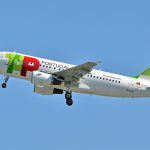